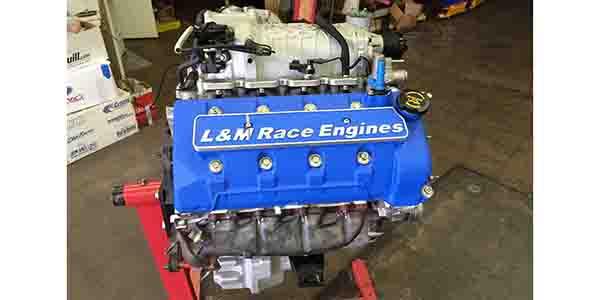 Michael Rauscher of L&M Engines credits his custom camshaft design work for generating all the power in his Ford GT 500 5.8L engines. Find out how L&M gets these engines revving to the tune of 1,500 hp!

During an engine seminar at the 2017 PRI Show, we were introduced to Michael Rauscher, owner of L&M Engines in Hatboro, PA, who was on the panel of engine builders that day to talk about oil and bearing performance.

We were impressed with Rauscher’s responses and his philosophies on engine building, so we gave him a call to get a behind-the-scenes peak at one of his engines for Engine of the Week. 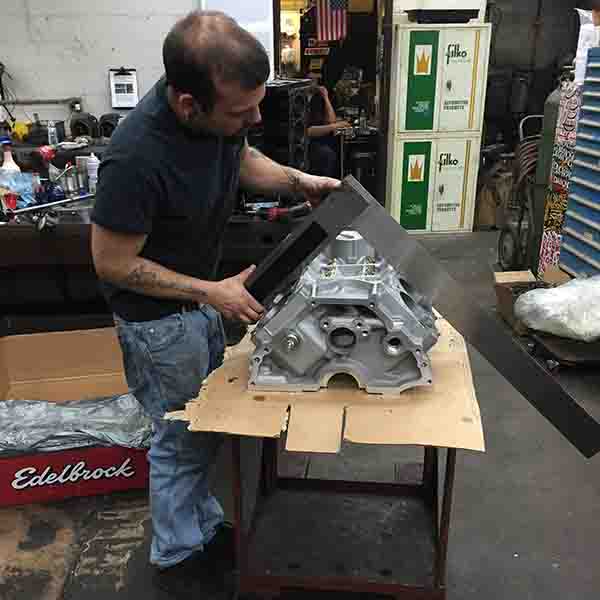 Rauscher has been in the engine building industry for 43 years, first opening up L&M Engines with his twin brother Larry in 1975 as a diagnostic and repair shop. After 35 years in business, Michael bought out his brother to own L&M on his own.

The shop has had contracts with FedEx for a fleet of 50,000 trucks, and with UPS doing drivability diagnosis. However, the shop’s specialty is Ford Modular engines such as the Ford GT 500 5.0L, 5.4L and 5.8L engines. 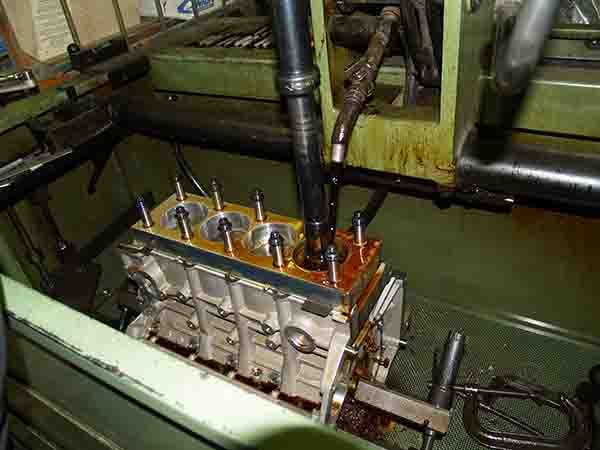 L&M is a full machine shop and builds engines using state-of-the-art equipment to meet the demands of the serious racer or high-performance enthusiast. We talked to Rauscher about what goes into a build for the Ford GT 500 5.8L engine.

“The Ford GT engines are a pretty good margin of our business,” Rauscher says. “The 5.4L or 5.8L platform makes it easiest to make any kind of power, and its durable. The 5.0L is not quite as durable.” 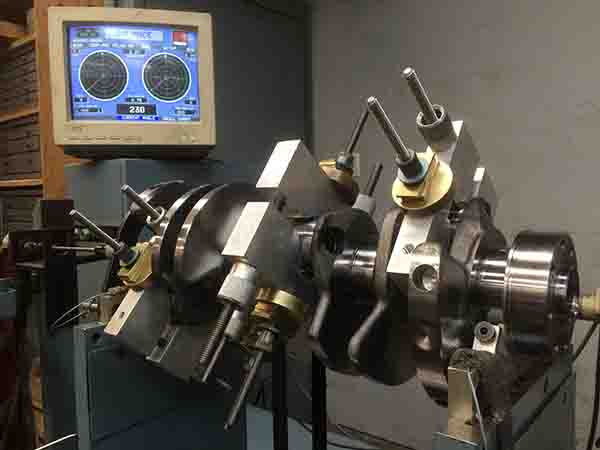 What truly makes L&M’s 5.8L Ford engine stand out in the crowd is the camshaft design, which Rauscher has specialized in for quite some time.

“My expertise today is camshaft design with mostly overhead cams, and I got into that because people were screwing up my stuff,” Rauscher says. “The cam companies out there didn’t have expertise on the overhead cam, so I do a lot of overhead cam stuff.” 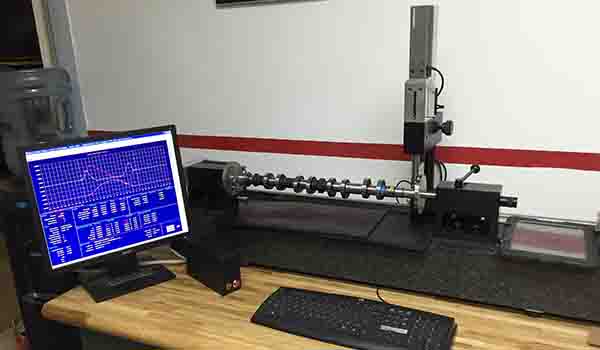 In 2017 alone, Rauscher says he probably designed 600 cams. The cam and its design is what makes all of L&M’s engine power. 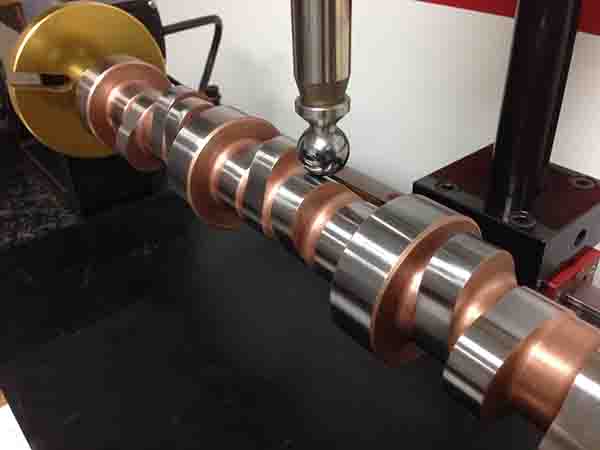 Rauscher admits he is just one of a very few engine builders who do this level of custom cam design.

“A lot of guys do custom cams and are just looking in the catalog or they have a duration and lift number and the salesman gives them something and they call it custom,” he says. 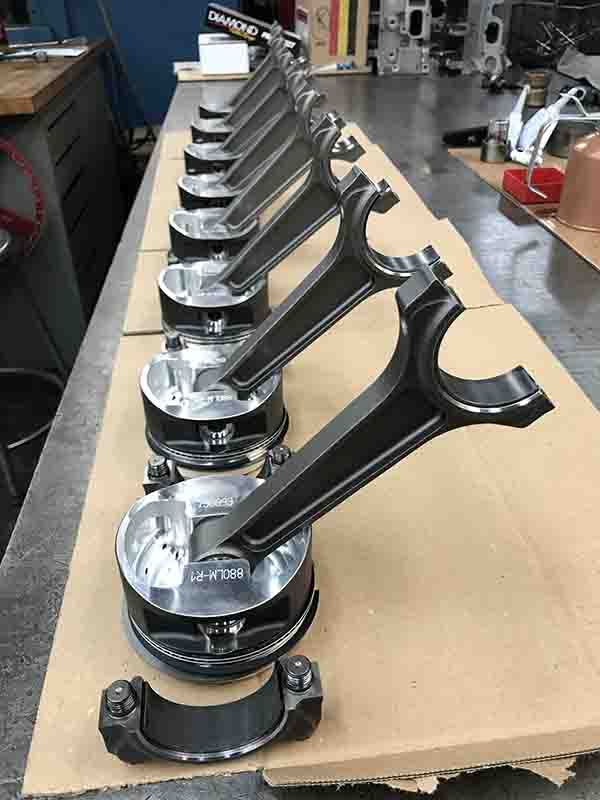 Aside from a custom camshaft, L&M uses mostly OEM parts on its engine builds, including the blocks.

“We will machine the block for ductile iron flange sleeves, bore, hone and finish it with the Sunnen hone machine,” Rauscher says. “For every engine we build we use a profilometer on the cylinders and store that data and convert it over to a spreadsheet for each cylinder.” 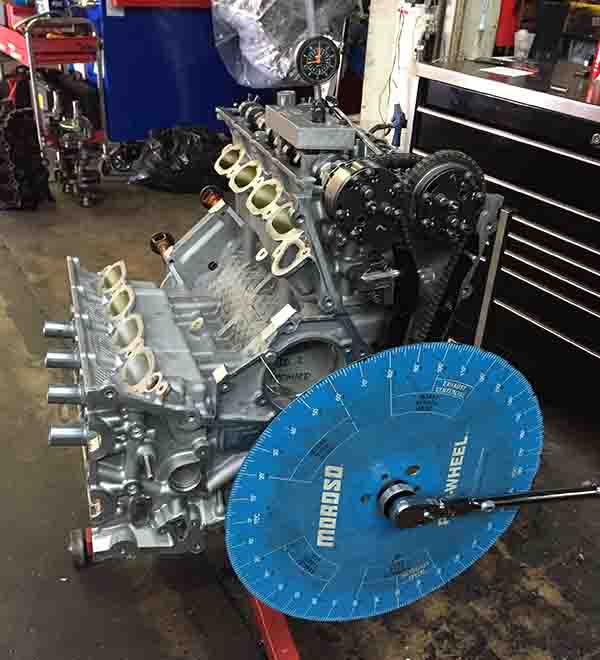 The engines generally have a Kenne Bell supercharger and the cranks are OEM. L&M’s Ford GT 500 5.8L can reach horsepower levels between 1,200 and 1,500 hp.

“The type of stuff we build at those kinds of power levels, the stock crank works fine and the blocks are stock,” Rauscher says. “The blocks have a plasma finish on the cylinders – iron nitride sprayed on it. For connecting rods we use a Manley I-beam rod. They have two flavors and we use both. They have one they call light and one they call heavy. At 1,250 – 1,300 hp at the tire even the lightweights have not broken. We have pistons designed by Diamond Pistons and the rings are Total Seal.” 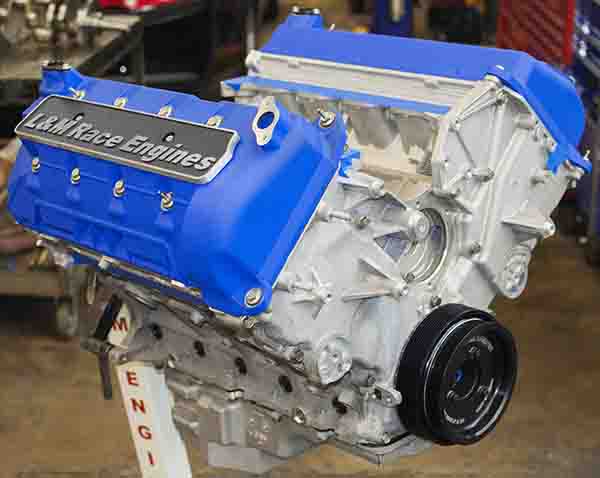 The cylinder heads on the 5.8L are a four-valve head that moves a lot of air and those get ported at the shop. The timing components are also stock, but L&M will use Shelby Mike Racing billet aluminum guides and tension arms, because it’s a common failure point.

“We use Triangle Speed Shop oil pump gears because it’s steel and the factory part is powdered metal and they crack,” he says. “We use King bearings. We use factory gaskets for this platform. Sometimes with oddball bore sizes I use Cometic. For the valve train we use a Ferrea super alloy valve, and springs on this platform are Pac.” 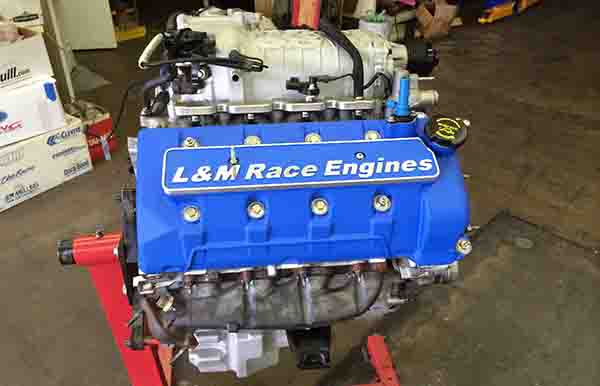 It used to be that L&M’s biggest customers for the Ford GT 500 5.8L engine were people in the oil and gas industry. Now, Rauscher says, his biggest market for the 5.8L platform is the Middle East.