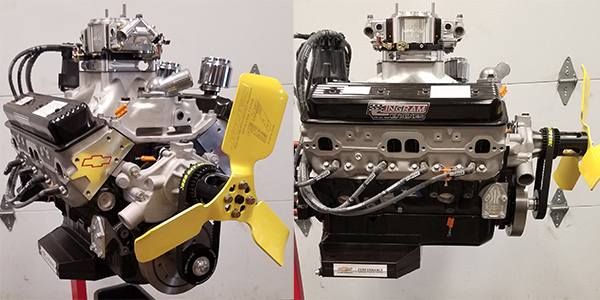 Every year, Ingram Engines pumps out an average of 130 engines. Of those 130 engines, nearly 100 of them are GM 604 engines built for racing series such as RUSH, Crate USA, SECA and FastTrak. Find out what goes into making this engine such an impressive powerplant out on the track.

Every year, Ingram Engines pumps out an average of 130 engines. Of those 130 engines, nearly 100 of them are GM 604 engines built for racing series such as RUSH, Crate USA, SECA and FastTrak.

“We do so many GM 604 engines because it’s what we specialize in,” says Michael Ingram, owner of Ingram Engines in Kittanning, PA. “Although it’s a crate engine, it has to fall within certain tolerances and specifications before that engine goes out the door.” 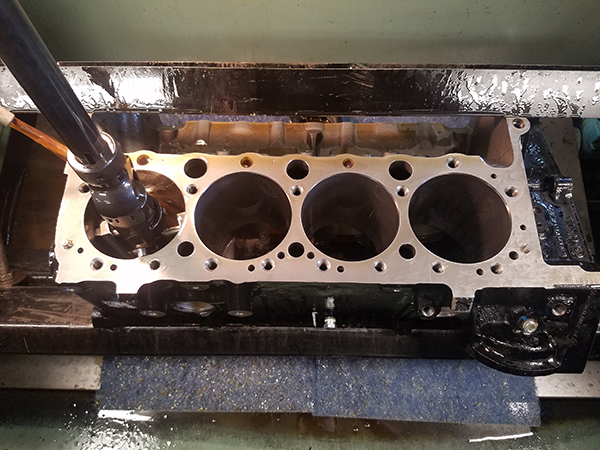 The guidelines for the engines differ depending on the sanctioning bodies involved. In most cases, the crank can be ground, the block can be decked, a valve job can be done, and as small as 60cc cylinder heads can be used. The sanctioning bodies even give a certain installed height on valve springs.

“I’ve been doing this for over 30 years now,” Ingram says. “My neighbor, when I was a kid, had an engine repair shop. I showed interest in it and hung out there and they showed me a few things.” 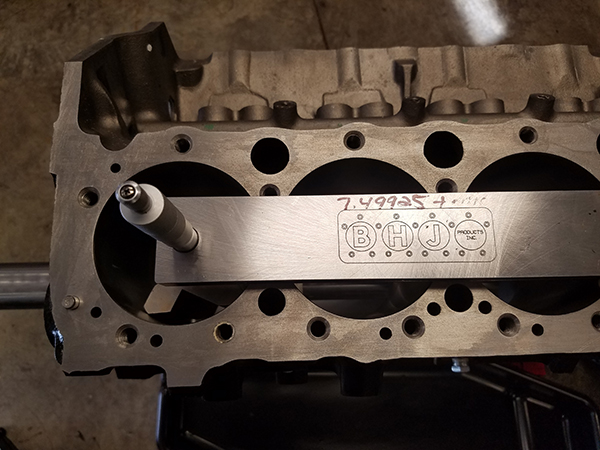 Hanging at the engine shop meant helping clean up, but Ingram did get a chance to learn how to grind valves and cut seats on cylinder heads. Those experiences led to Ingram going to a vocational technical school for welding, and later landing a job at a local engine machine shop working on cylinder heads.

“From there I learned how to bore blocks, do connecting rods and all aspects of machining engine parts,” he says. “I bought a couple pieces of equipment back then and ran a part-time business in the evenings and on the weekends. I also worked for a few years at a precision grind shop, which taught me tolerances. After that, I really just missed the engine atmosphere. Rather than just doing it in the evenings and on the weekends, I decided to do it full-time.” 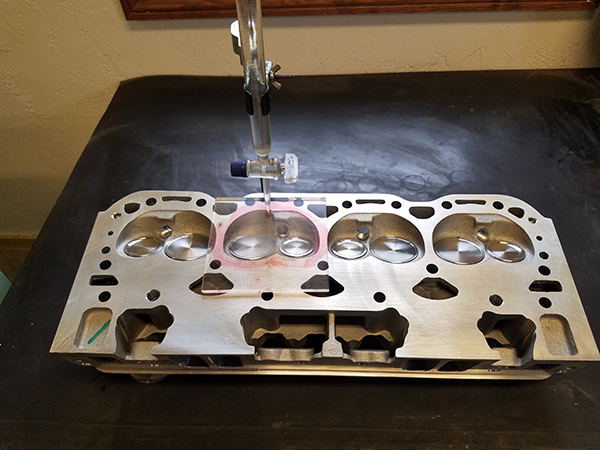 The decision to make it a full-time career came in 1993, and Ingram Engines was born. Michael runs the shop along with the help of his two sons Brandon and Brent. 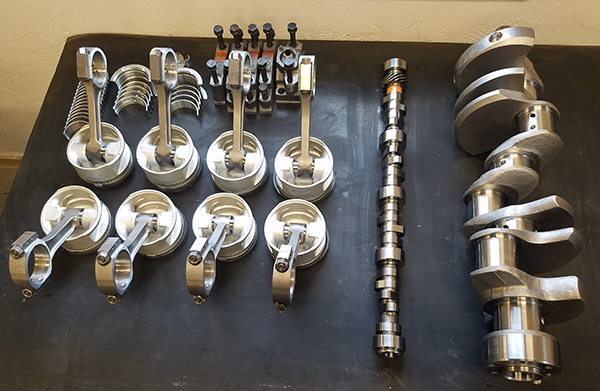 “I don’t view this as a job, because I like what I do so much,” he says. “That’s what I tell my boys – you’ve got to like what you do for a living and if you don’t like it, move on. Don’t be stuck in a rut hating your job all your life. You’ve got to love what you do. That was the biggest thing for me. When I found out being away from it made me miss it, I knew I was doing the right thing.”

Despite the GM 604 engine being a crate race engine, Ingram says there is quite a bit of work that goes into making one race-ready. 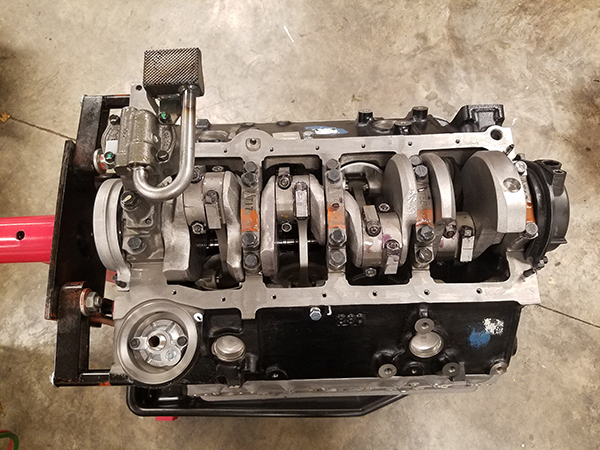 “The next thing is honing it and getting the cylinders good and round, and getting the correct finish on them for correct ring seal. Once we get the deck height done and the block honed, then the biggest thing is checking the rod housings. We will size those if needed. 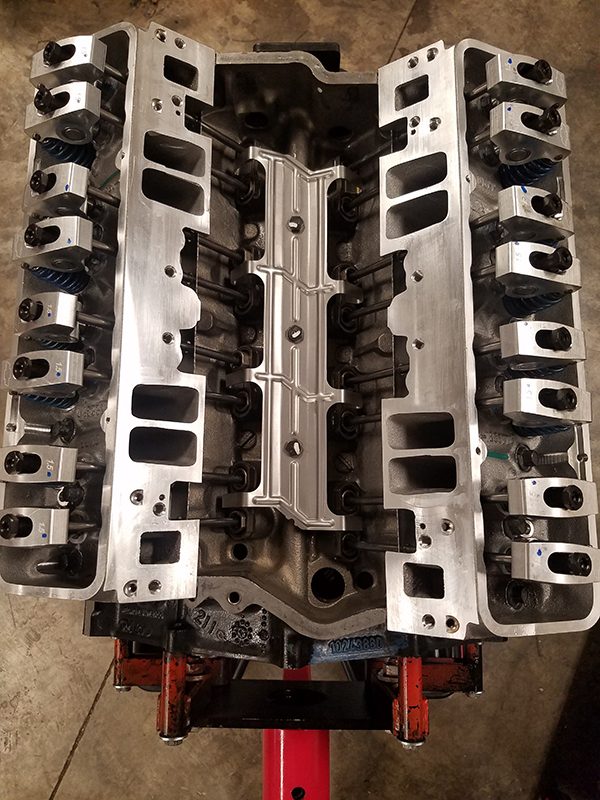 “Depending on the sanctioning body, we can also grind the crankshaft .01˝, grind the rods .01˝ and the mains .01˝. That’s the maximum were allowed to go on the crank. From there we will mag the crank to make sure it is straight. We will check all the bearing clearances and get it together, and we are good to go on the short block.”

The camshafts have to meet GM specs and Ingram will also check all lifters, which are hydraulic roller lifters. Then they’ll get into cylinder head work.

Ingram Engines will CC all intake runners in order to meet certain specifications and fall between the minimum and maximum. The shop will also CC all combustion chambers. Another area they’ll check is the installed height on the spring since those can’t go below 1.780˝. 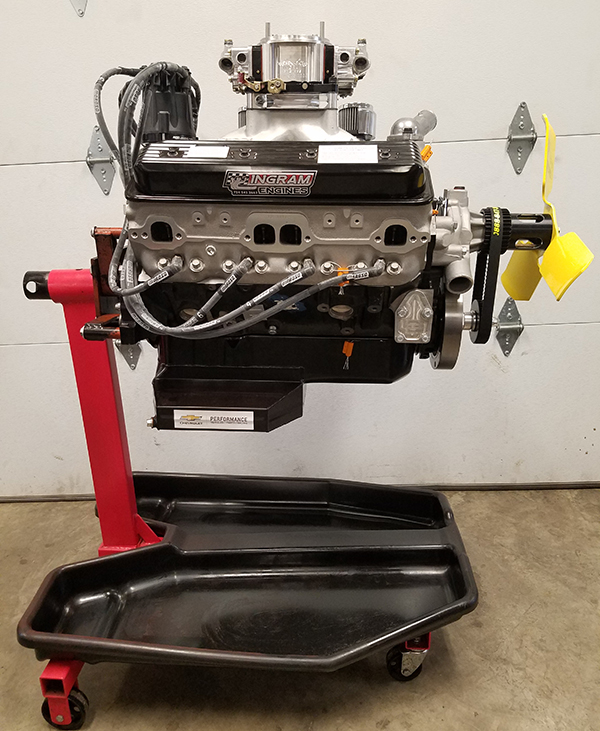 “You’ve got to make sure of these measurements because [sanctioning bodies] check this stuff at the racetrack all the time,” Ingram says. “They’ll check installed height on springs. They’ll pull springs off to check poundage. They can even profile the camshaft at the racetrack by pulling a distributor out and actually running it on a cam profiler.”

What’s the penalty for failing to meet these required measurements or criteria? It often results in disqualification from the race for the driver, and possible banishment from the racing series for the engine builder. The stakes are high! 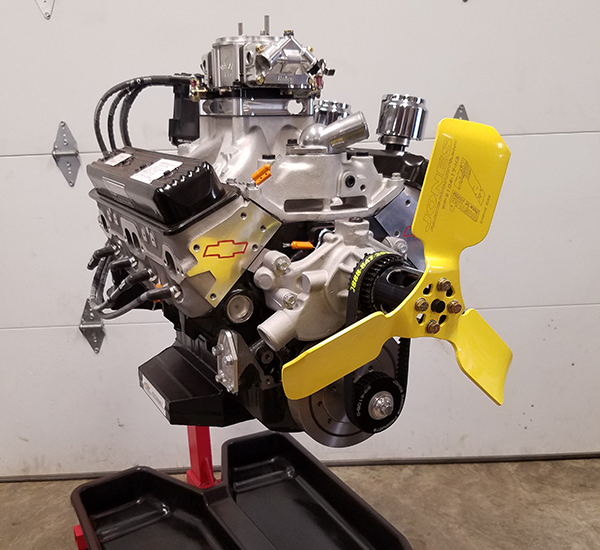 If Ingram builds a 604 engine for an unsanctioned event or what he calls an “open” motor, the engines can get some aftermarket treatment. Ingram typically turns to Clevite, Federal-Mogul or King for engine bearings, Eagle, Scat or Lunati for crankshafts, Eagle or Scat for connecting rods, Mahle or SRP for pistons, Bullet camshafts, and Melling oil pumps.

“For gaskets on the open stuff, we favor Cometic on about everything,” he says. “We also use a lot of PAC components for springs, retainers and locks, and Ferrea for valves. Everything else is OEM or GM.” 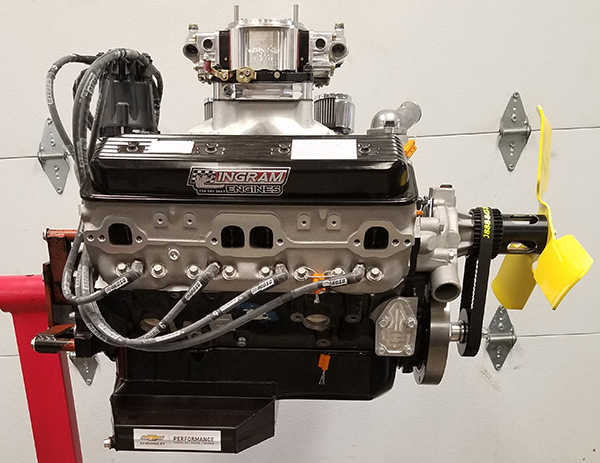 For a sanctioned engine, Ingram is required to use seal tags so officials know who built and worked on that particular engine. A RUSH version has six – two on the intake, one on the timing cover, one on each head and one on the oil pan.

“Those tags will correspond with the engine builder,” Ingram says. “They can scan that tag, which has a QR code on it and a BCN number on the block so they can track down who built that engine. If a sanctioning body confiscates that engine or somebody protests it, it better be what it’s supposed to be. If not, then basically you’re thrown out for life as an engine builder.

If it’s an unsanctioned racetrack that allows you to put aftermarket parts in, they don’t get into it in depth like that.” 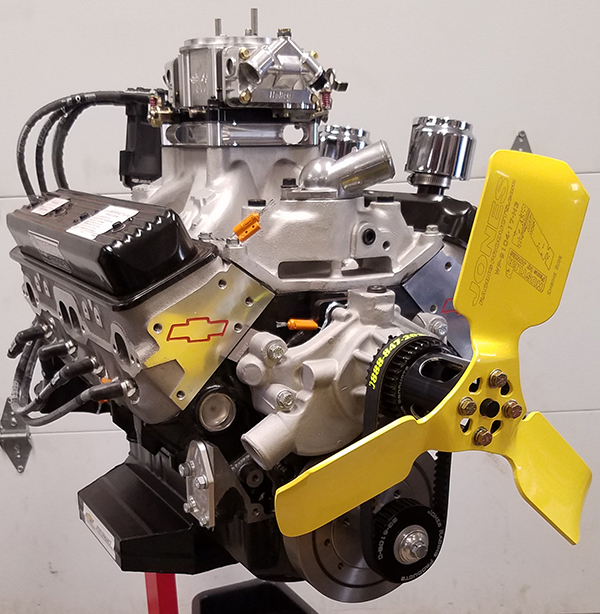 Once Ingram has done all the necessary machining, checking of tolerances and specifications and finishes the assembly, the engine will be broken in on a break-in stand. The GM 604 engines feature a 9:1 compression ratio, and each engine is within 5 or 6 horsepower of one another when they are race-ready.

“Last year we had over 200 feature wins and 8-10 track championships,” Ingram says. “I don’t get into playing the dyno number. I look at the scoreboard at the end of the night.”

If you have an engine you would like to highlight in this series, please email Engine Builder magazine’s managing editor, Greg Jones at [email protected]abcox.com.