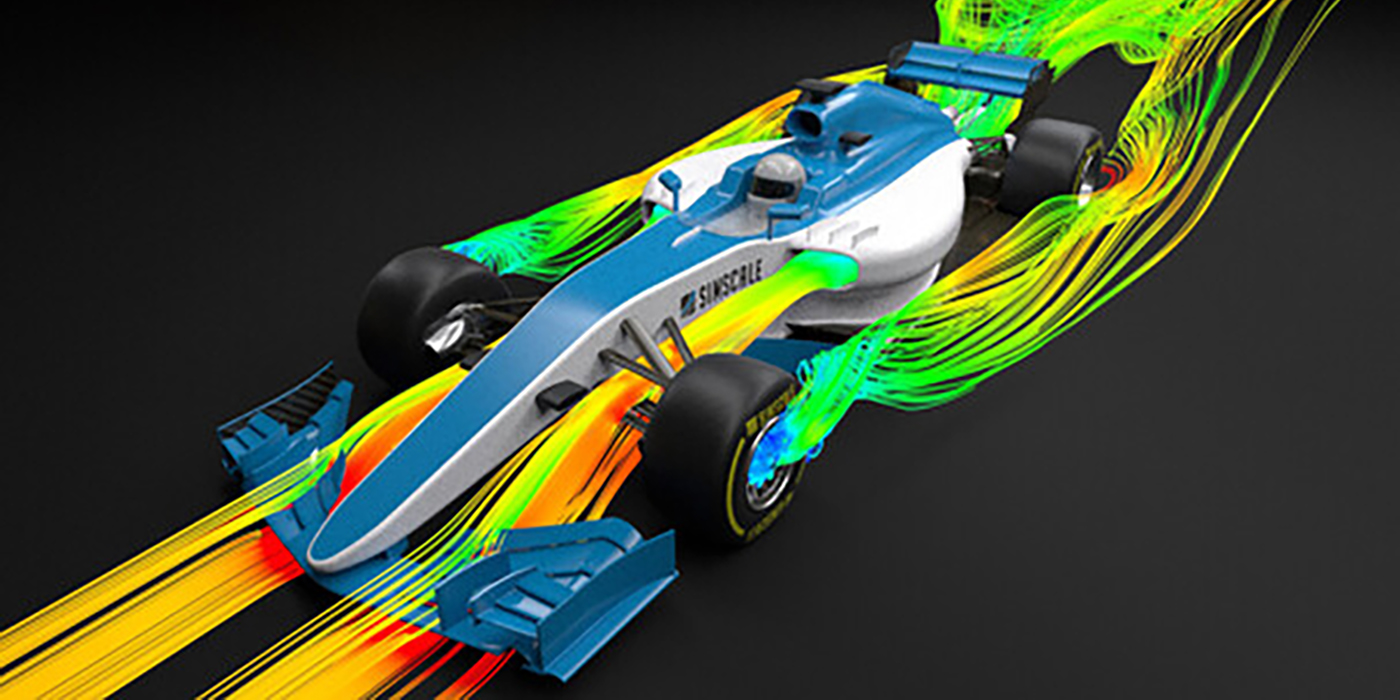 British motorsport receives a tremendous boost from having a hub of specialized automotive and racing companies all clustered together in what is known now as Motorsport Valley.

Racing in the U.S. took off at roughly the same time as it did in Europe, only they did it first. While the sport was well underway before WWII, it didn’t much resemble what we know it as today until after the war ended. With multiple airfields left vacant from the war, Europe made ideal locations to host an automotive event – and off to the races we went!

British motorsport receives a tremendous boost from having a hub of specialized automotive and racing companies all clustered together in what is known now as Motorsport Valley. The name stems from Silicon Valley, and it covers the region from the Thames Valley in Oxfordshire to the West Midlands that is home to the majority of the racing industry and engineers in the U.K. Eight of the 11 teams that race in Formula One are based in the area. The name was even trademarked by the Motorsport Industry Association, the global trade association for the motorsport industry, which is also based nearby in Warwickshire.

We spoke to Jeremy Burne, who is MIA/Motorsports Valley’s North American Director. Burne is based out of Detroit, MI, and works primarily as a consultant for companies doing business with the U.K. and vice versa. Burne told us that the Motorsports Industry Association (MIA) was formed about 25 years ago, when the British government figured out they had a lucrative and vital industry right under their nose.

“MIA is essentially a trade and business development membership group,” Burne says. “One of the first objectives was to recognize that we have this industry in the U.K. that needs a voice. The MIA thus became the voice for the industry from a lobbying point of view or advocacy with governments. But primarily, in terms of business development and trade promotion, the activities revolve around trying to help our member companies expand their businesses, whether it be an overseas market or into other industry sectors, and to continue growing the domestic (U.K.) motorsport industry.”

Brune says Motorsport Valley is a cluster of small to medium-sized companies focused on one primary industry. “We’re a small country compared to the U.S., so the Valley is not necessarily an actual Valley, but it is a cluster where the concentration of companies is relatively close together. It’s all these supplier companies that are small to medium-sized, specialty companies that are providing any parts or service for sports car and formula car racing and development. And the association is open to anybody who does business in the motorsport world.”

Brune says there also companies in the region that support more of the service side of motorsports. “There’s everything from sanctioning bodies, racetrack operators, companies who supply materials and marketing for racetracks and magazine publishing, you know, sort of service-related things around that. Even some of the OEMs have joined to take advantage of the benefits of this highly skilled region.”

According to Burne, MIA was instrumental in promoting people from Motorsport Valley to come to the U.S. and to bridge the gap between the U.K. industry and NASCAR, among other categories. “We take our folks and bring them on business development visits. We visit the teams and, if they’re selling engine parts, they get to talk to the engine department.

“NASCAR is the big one because they have the most money, and they also started about 10-12 years ago applying more fundamental engineering principles into how the teams operate. In the past, you had guys who knew how to set up the car at Darlington for a hot track based on experience, but now they have a much more systematic engineered approach to racing.

There are more than 400 member companies of MIA, but the region holds nearly 4,500 racing-related companies with 25,000 engineers. Some of the companies are manufacturers of high-performance engine components from valves to cylinder heads. Burne says that Motorsport Valley represents the “cream of the crop” in the racing world because so many F1 teams are based in the area, and the region has developed over decades to support the teams.

In the 1960s, the British invasion wasn’t exclusive to the Beatles and Rolling Stones. Some top Formula One talent came over to race the Indy 500 with a radically different concept than the front-engine roadsters of the time. Team Lotus introduced Jim Clark and the IndyCar fraternity to low, lightweight, rear-engine design. And in 1965, Jimmy Clark won the race in dominant style.

In 1965, Clark ran the Indianapolis 500 in the new Lotus 38, leading 190 of 200 laps in one of the most dominant wins in Indianapolis 500 history. He won by 2 minutes and 5 seconds over Parnelli Jones in the first Indy victory for a non-American driver since Dario Resta won in 1916.

It has always been a tale of two cities in the way Europeans race and how we race in the U.S. Europe started with races on airfields, and gentlemen racers with their new, little sports cars. “Because of the size of the U.S. and your heritage in horse racing, you naturally gravitated toward oval tracks,” Burne notes. “Whereas in Europe it was like, we either race around this airfield, or let’s both drive to see who can be the first person to get to Rome or Florence, that’s kind of where the endurance racing side of it comes from.”

Motorsport Valley’s impact in the U.K. and around the world of racing is impressive. It drives employment, education, design, and safety innovations across a broad scope of racing, automotive, and performance applications. However, many don’t realize the U.K. racing industry is also incredibly strong from a financial standpoint. In the last 20 years, the market size has doubled to more than $11 billion. Nearly 90% of the motorsport companies in the U.K. export overseas and many of them have only a few employees. The majority of this economic activity takes place in Motorsport Valley, but with MIA’s mission to spread the Valley’s skillset around the world, the U.S. racing industry, and yes, even engine builders can take advantage of what they have to offer.  EB

Advertisement
In this article:Formula 1, motorsports, racing