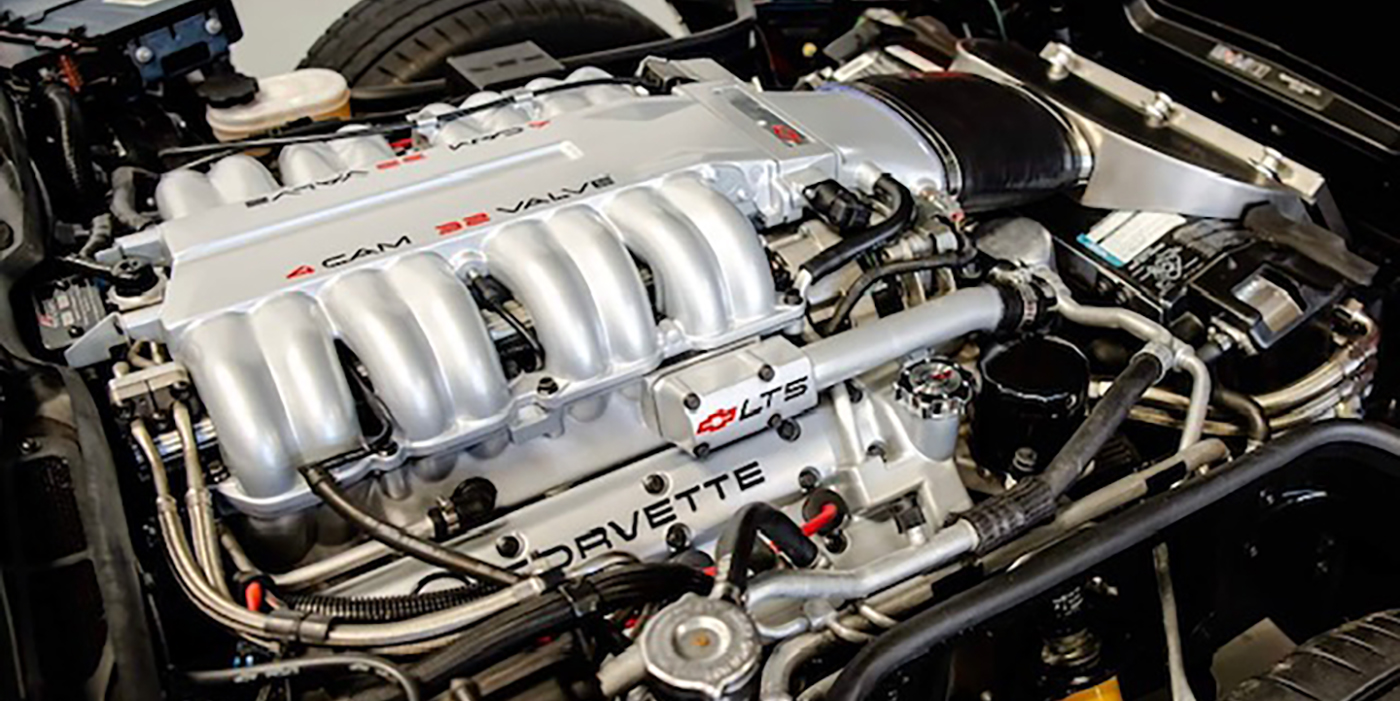 Looking to add horsepower and displacement to his Corvette ZR-1, Phil Wasinger’s engine build started when he came across a used LT5 engine on Craigslist in 2014. See what went into this six-year project.

Due to its unique design and limited production for the 1990-1995 ZR-1 Corvettes, the naturally aspirated LT5 engine did not receive much love or attention from the performance aftermarket like it has shown to the other mass produced engines from Chevy, Chrysler and Ford. However, that hasn’t stopped Phil Wasinger from rebuilding his LT5 engine in his 1994 ZR-1 Corvette.

The main thing the LT5 engine had going for it is when Lotus Engineering (owned by GM at the time) designed the LT5, GM insisted they use the same cylinder bore spacing, block deck height and crankshaft main bearing bore diameter as the SB Chevy, even though otherwise it is a completely different engine design with no common parts between them, except for the crankshaft rear oil seal. From the factory the LT5 block is an open deck design with the lower block bored to receive 4.173˝ OD stepped aluminum liners.

Wasinger’s engine rebuild started in 2014 when he came across a used LT5 engine for sale on Craigslist.

“I purchased my 1994 Corvette ZR-1 in 2007 and in the meantime had upgraded the engine with the usual bolt-on mods available for these unique engines,” Wasinger says. “This included long tube headers, performance cat back exhaust, ported intake, performance tune chip. For a 350 cid, the mostly stock engine ran quite well putting out around 485 hp and easily turning to 7,200 rpm. However, I really wanted to see what the DOHC LT5 engine design could do with an increase in displacement, worked over cylinder heads and custom performance cams. Thus began my epic six-year 427 cid LT5 journey.”

Phil isn’t your average DIYer when it comes to engine building. He spent a major part of his professional life working for large German diesel engine manufacturers MTU Friedrichshafen and MAN Augsburg heading up their U.S. operations. The U.S. Navy, U.S. Coast Guard and U.S. flag commercial shipping companies were among his principal customers.

However, unlike the work his did during his career, this LT5 build was a personal hobby project that was mostly done in Phil’s home garage. Machine work and balancing were performed by a local engine machine shop near his hometown of Fairfax, VA in Northern Virginia. To kick things off, Phil knew he wanted more horsepower and more displacement.

“The goal was a smooth and reliable 650 hp for street and cruising,” Wasinger says. “Because of the LT5’s unique design, the stroker crankshaft had to be machined starting with a billet blank. The crankshaft has extensive internal drillings that act as the sole oil distribution channel to the main and connecting rod bearings. Fortunately, I was able to acquire an unused billet steel 4.00˝ crankshaft from a gentleman in Texas who had originally purchased it for an LT5 build that failed to materialize.

“In order to reach the target 427 cid with a 4.000˝ stroke crankshaft, the cylinder bores had to be increased from the original 3.900˝ to 4.125˝, which required the block cylinder receiver bores to be enlarged. For this, I turned to LT5 engine specialist Pete Polatsidis of Chicago, who has developed a closed deck ductile iron liner conversion in conjunction with Darton Sleeves for the LT5 engine.”

The LT5 block is designed to use a 99mm aluminum liner and pistons produced by Mahle. The liner inner surface is Nikasil plated, which provides a very durable wear surface. The configuration is an open deck design with the lower part of the liners slip fitting into receiver bores machined into the base of the block.

To achieve the 4.125˝ bore that Phil wanted, it was necessary to switch to a closed deck design using a specially modified ductile iron liner originally produced by Darton Sleeves and modified by Pete Polatsidis.

“With this closed deck liner the cylinder bore could be safely increased to 4.125˝ with the added benefit of being much more stable in the block,” he says.

With the crankshaft and the engine displacement figured out, Phil turned his sights to other internal components such as the 6˝ billet steel connecting rods that weigh 605 grams each, and are paired with custom Diamond forged aluminum pistons with skirt coating and offset pins.

The LT5 build also received Calico-coated bearings – OEMs on the mains and 2.1˝ coated Clevite 77 bearings on the rods. Both rod and main bearings were installed with 0.0025˝ journal clearance.

Moving to the cylinder heads and the valvetrain for the build, Phil noted that the LT5 four-valve cylinder head combustion chamber design is very resistant to detonation allowing higher compression ratios to be used while running pump gas. To maximize his set up, the cylinder heads were fully ported and flow tested. The intake ports were opened up to 37mm and intake bowls were also enlarged.

“The original 39mm intake valves were replaced by 42mm stainless steel valves from Ferrea with 8mm stems,” he says. “Intake valve seats were also enlarged to take full advantage of the larger intake valves, and I also used Ferrea springs and retainers.”

To make the valvetrain operate properly, Wasinger chose custom, billet steel camshafts from Jones Cam Design. Aside from the work he did himself, Phil says the rotating assembly balancing and custom cylinder head valve work was done locally by Lloyd Lovelace of Custom Automotive Machine in Lorton, VA. And the final in the car dyno tuning was performed by Haibeck Automotive Technology in Addison, IL.

Once the LT5 was fully assembled and tuned, Wasinger says he got the 650 horsepower he was hoping for. Now this 1994 ZR-1 Corvette is back cruising the streets.