The DynoMax “Power to the Wheels” Dyno Tour tested the horsepower and torque of muscle cars outfitted with DynoMax exhaust systems and mufflers at more than 10 popular events across the nation this past spring and summer.

During the shootout, the Qualifiers will have two dyno runs to prove which DynoMax-outfitted car has the most horsepower. The Power to the Wheels Dyno Tour Top Five Qualifiers in the Power-Adder Class are:

The Power to the Wheels Dyno Tour Top Five Qualifiers in the All-Motor Class are:

The DynoMax Power to the Wheels Dyno Tour awarded $50 to first-place daily winners at each event. The daily first- and second-place event winners also were entered into a national ranking based on high horsepower for the opportunity to compete at the Championship Shootout during the 2008 Street Machine Summer Nationals, Springfield, Mo., Sept. 12-13, 2008. 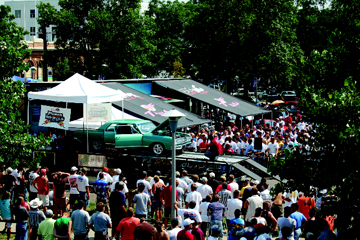 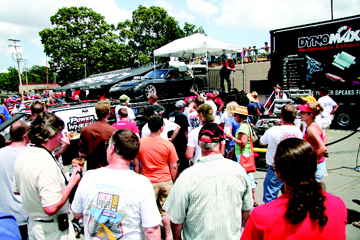 For more information about the DynoMax “Power to the Wheels” Dyno Tour or DynoMax products, go to www.dynomax.com, contact your nearest DynoMax supplier or call 1-734-384-7806.