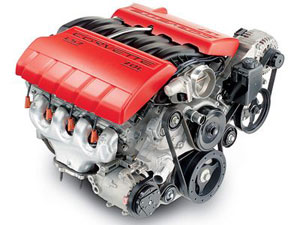 Shortly after GM introduced the LS1 in the ’97 Corvette, they created a whole new family of small block truck engines based on the LS1, including the 4.8L, 5.3L, 6.0L and the 6.2L that each came with a number of variations over the years.

GM built nearly 30 different versions of these truck engines during the past ten years. They all share a common architecture and quite a few common parts, but there are significant differences between the Generation III (Gen III) and Generation IV (Gen IV) engines along with plenty of variations from year to year.

Just to put it all in perspective, there were seven different 5.3L engines in 2005 – along with the 4.8L and a couple of 6.0L motors. Sorting them out has been a challenge, but after six months of research along with a bunch of cores, some take-out motors and a pile of new parts, we think we have figured out most of the combinations and where they were used, but we may have missed something, so let us know if you have some information to share.

The key to cataloging the Gen IV engines is an understanding of the changes that GM made to the Gen III engines to make them more suitable for truck applications. They needed more torque, more power and better fuel economy along with lower emissions, so they modified the block and several other components to accommodate cylinder deactivation (they call it active fuel management or AFM) and variable valve timing (VVT).

To read the full overview of the technology and what’s involved, download the .pdf here.