Well, maybe not yet. But can you think of anything more boring than the same old 350 Chevy motor in every hot rod at the burger joint on a Friday night? I mean really? I was in a shop recently and commented about the Chrysler Hemi heads on the bench. The shop owner said, “Yeah, they’re going on a 354 that will be in a ‘32 Dodge.” My heart soared.

A Ford in a Ford, a Mopar in a Chrysler product, but no more Chevys in everything. I can’t take it! It’s like having everyone paint their car the same shade of red, along with the same beige interior. It shouts out, “I care about nothing, including the power plant!”

Give me a Flattie, a Hemi, a Nailhead, a Poncho or a big Mopar, but leave the small block Chevy in your Chevelle. It just looks boring in your ’29 rat rod. How about an old “Studie” V8 or an early Olds? Then there is something about those three exhaust pipes sticking out of the side of that 331 Caddy.

Make this your mantra and it will help prolong the industry and your business. It takes some effort to create a good looking early V8. Not just another cookie-cutter, I’m talking special machined parts, scrounging through swap meets and getting your hands dirty. It takes some old time knowledge or the pure heart of a true hot rodder to get into some old engine you may never have rebuilt and not just take it apart, but also set it apart. Customize it with some one-off machined parts or some repaired, polished and re-plated swap meet treasure. Let them ask, “What is it?”

Sure you want to update the ignition and the generator. We need dependability, but with today’s vast array of suppliers, this is not hard. Intake manifolds can be a little harder, but in the case of the Hemi today, his customer is building his own. A log manifold set up with a half dozen deuces, just like in the day. Even a more modern and dependable carb is OK here, just get the look right. Hey, maybe they don’t all have to function. Or for a more dependable combination go with a fully programmable EFI that looks like a carburetor, but hide it all under a re-popped Caddy air cleaner.

Dealerships and online suppliers give the car builder an easy way out by supplying new and remanufactured Chevys and Fords for everyone. The price looks attractive and maybe there is some reference to a warranty. But when it is all said and done, you’d wish you had built an engine that was engineered for your kind of driving, with a better look and you know you should not put one manufacturer’s engine under the hood of another’s car. It is just not right if you ask me.

Here’s what you say, “You’ve been dreaming of this ride for 30 years since you sold the original one you had in high school – the car you raced outside of town along the tracks, you piled your buddies in the trunk to save a few cents at the drive-in, you used to park in up at the dam with that bombshell that ‘got away’ (something about the ‘submarine races’) – you put the effort into finding the same year, make and model. But then you cut corners and buy someone else’s engine from some mail order place that will never have that same hot rod sound from under the hood. It won’t have the wheeze of a Flathead or the clatter of solid lifters. And it will forever look like 1968.”

Like I said, this is your mantra, your sales pitch to someone who might just walk out the door and drive down to the local dealer and buy the latest ZZ-whatever. Frank Freakin’ Bore-man!

I remember when a guy had a engine, than started looking for a car to build around it. Now, you buy a frame and it is all welded-up and pretty. Ready to go with its Chevy motor mounts and a crossmember for a Turbo 350 transmission. This is often why good cars, not great cars, but good cars are often mistaken as “Kit Cars.” Pay your money and pick the color. That’s all you get. For hot rods, ’50s and ’60s street rods and muscle cars there is so much opportunity – more than ever before – to build a period-correct engine.

And what’s going on in racing? Now they want to tell us that the same crate motor, with a slightly different camshaft, is a race motor. Powdered metal rods, hypereutectic pistons and all. Plug in and go racing. We’ll seal the motor with these special bolts that only our sanctioning body (and a handful of guys on the Internet) will have. We will equalize the playing field. Just make them all the same. Now racing is affordable for the masses.

Except when you break. Than you must take the crate motor to a licensed and bonded shop that we have chosen to allow to take your money. Plus, to insure there is no cheating, we need to make sure the same aftermarket parts go back in these motors and we need you to pay extra so they can be distributed through a dealership and have the O.E.M. part number on the box.

Oh, don’t worry that many have the idea that, “It’s not racing if you’re not cheating.”  And that the aforementioned sealed bolts can be bought on-line. Or that folks have gone as far as trying to disguise an aftermarket block and heads to look like the O.E. Or that someone with enough time can turn the motor on end and shake the stock hydraulic lifters out of it and with great patience replace them with racing hydraulics or even solids through the distributor hole. Let’s be honest. Once the bolts can be obtained, the sky-is-the-limit.

And than there’s that argument that the Tech guy who works the track Saturday night doesn’t have the ability to check a variety of engines to make sure they are all complying to the rules. He’s now an expert on sealed bolts and unmodified crate motors? The truth is, rules only apply to the winner. If something seems to be unfair, there is always the tear-down. And this is true whether it’s a real race motor or a crate motor.

Don’t get me wrong, I like the idea of making the sport a little more competitive and a little less expensive. But just like anything the government gets involved with, beware of unintentional consequences that arise. And when was it ever fun to go to the races and not have a favorite manufacturer’s brand to root for? You show up with an AMC V8 and you get my support. Give me the underdog every time. At bare minimum I want to see Fords, GMs and Mopars mixin’ it up.

The importance of these ideas can’t be overlooked. Today’s grocery getter might last 11 years, get 300,000 miles on the clock and with good maintenance, the motor will never be touched. This is not an indicator of good things to come for our industry. From what I see, the vast majority of smaller shops’ engine builds are for restorations and race cars. Now they want to take that away from us as well. And make no mistake about it, the guys wearing the black hats in this drama have a lot larger checking accounts to market and promote their plain vanilla crates than we have to promote good old American diversity.

This is an industry problem and the industry needs to address it. Many performance parts manufacturers are just as upset with the trend that is circulating around the country as the machinists who install their parts. Parts distributors are just as unhappy and from what I hear, many of the racers who have tried racing with the crate aren’t always that happy either. Especially when they find out the motor they were planning on running is illegal this year. That bites twice.

I’m no expert, and I know less about race track promotion. But if ticket sales are any indicator, the fans may not appreciate crates under the hood either. Unfortunately the only places I see to put any pressure to fight back against this trend would be on the promoter, sanctioning body or tracks, and the racer. These are the pressure points because this is where the money is.

Unlike a street motor where we can sell a certain amount of “sex appeal,” in racing we have to go for the dough. It might hurt for a while, but if no machine shop supports the crate engine programs, if the racer can’t find a place to fix his motor and if track owners and promoters get complaints from the racers and fans we can hope to stem the tide and return to a more traditional form of racing. One with variety, diversity and yes, a certain amount of stretching the rules.

Smokey Yunick  once said something like this when asked about a potential rule violation. He stated, “Because it didn’t say I couldn’t.” And this to me ladies and gentleman defines racing.

As usual, I’m not the bearer of good news, yet I know for the most part that I’m preaching to the choir. So see this as a friendly reminder that yours is not the only business  affected by crate motors. This is an industry problem that will need to be addressed by all aspects of the industry. To turn our backs on it any longer will only mean acceptance and another piece of the pie taken from from everyone’s plate. If diversity is king, then “Long Live The King!”

As for the crate? RIP. 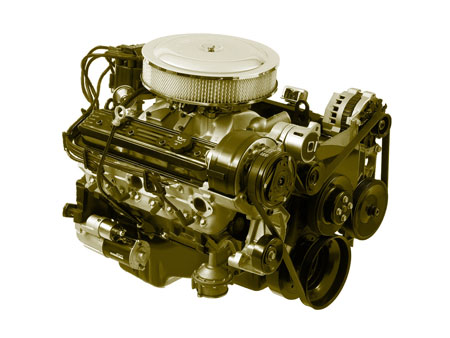 Advertisement
In this article:Profitable Performance

The Crate Is Dead