Blake was an entrepreneur most of his adult life, starting businesses and becoming successful along the way, which is impressive when you consider that he only had a sixth grade education.

He began tinkering with cars and motorcycles as a young man and was an accomplished racer. His obsession with motors quickly turned into a career.

Blake retired from his own business, Power Engineering Company, at the age of 59. However, he was one of those guys who didn’t do well with retirement.

So, in 1973, Blake decided to start another camshaft and crankshaft grinding company as a hobby to keep himself busy. His hobby turned into Blake’s Grinding and he continued to work there in his old age.

When Blake passed away in the mid 1990s, he gave his company to his daughter, Barbara Blake. Barbara ran the business for several years, but in 1999, she decided it was her time to retire, and turned the reins over to her son, Dan Bendever. 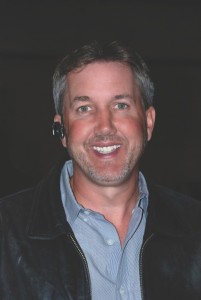 Dan Bendever is a third-generation owner of Blake’s Remanufacturing. When he became president in 1999, the company only had three employees and was only involved in camshafts and lifters. Dan has significantly changed the business to where it is today.

“When my grandfather first started he was doing pony crankshafts,” says Bendever, who is president of the company today. “It evolved and he started doing camshafts, crankshafts and lifters. He did that from ’73 until the late ‘80s and early ‘90s. He then sold the crankshaft part of the business.”

In 1999, when Bendever’s mom was ready to sell the company, Dan bought it and has been running it ever since. When Dan took over the company there were only three employees and the company was doing about $280,000 a year.

“We have transformed the company from just doing camshafts and lifters into doing connecting rods and getting back into crankshafts,” Bendever says.

Dan saw that Blake’s Remanufacturing needed some innovation and restructuring to get the gears going in the business. Through Dan’s vision and efforts the company grew to $2.7 million in 2007.

In October 2008, the economy collapsed, but that didn’t deter Dan from his philosophy of continuing to expand the company, and by following his vision Blake’s Remanufacturing survived the great recession.

Dan quickly realized that many customers were now doing their own machine shop work, aftermarket OEM parts from overseas were becoming better quality and that full engine overhauls were the wave of the future.

In 2009, Blake’s became a full-blown machine shop that does everything from cylinder heads and cylinder blocks to rebuilding engines.

“I saw the writing on the wall,” he says. “I saw the market dwindling and dying. At the time I was 31 years old and I wanted to be in business for the next 20, 30, 40 years. We needed to do one of two things – expand the operation and become what they were because it seemed like that model was working, or find something else to do because I didn’t think the camshaft and lifter market was going to be there for the next 30-40 years.”

Dan’s foray into the machine shop part of the business has been his biggest challenge since buying the company.

“In 2009 when I got into a bad partnership related to the machine shop side of the business, I had to learn under fire how to rebuild engines, cylinder heads and blocks, which wasn’t my expertise,” he says. “That was one of the most challenging things because I had to throw myself and my team into the fire, because we had expanded and taken on so much overhead that we couldn’t go backward, we had to go forward.“

Dan made adjustments accordingly and today, Blake’s Remanufacturing has 35 employees and currently resides in a 48,000 sq. ft. ISO 9001 level machine shop. Now that the recession is behind the company and the industry, Dan and his employees continue to look for opportunities to grow the company, all while providing quality remanufactured parts and engines.

“We’ve grown so much in the last four or five years that we really need to hone in and get good at what we’re doing, which is what we’ve been focused on the last few years,” he says. “We can always be better and put quality control measures in and some ISO certification and things like that, which is the direction we’ve been moving in.”

No matter the course Dan and his staff at Blake’s Remanufacturing had to take to continue to see success, they have done so for 40 years now. “It’s a sense of pride to reach this milestone,” Bendever says. “Seeing something my grandfather started with only a sixth grade education and for my mom and I to continue to move it forward has given us all a sense of pride.”