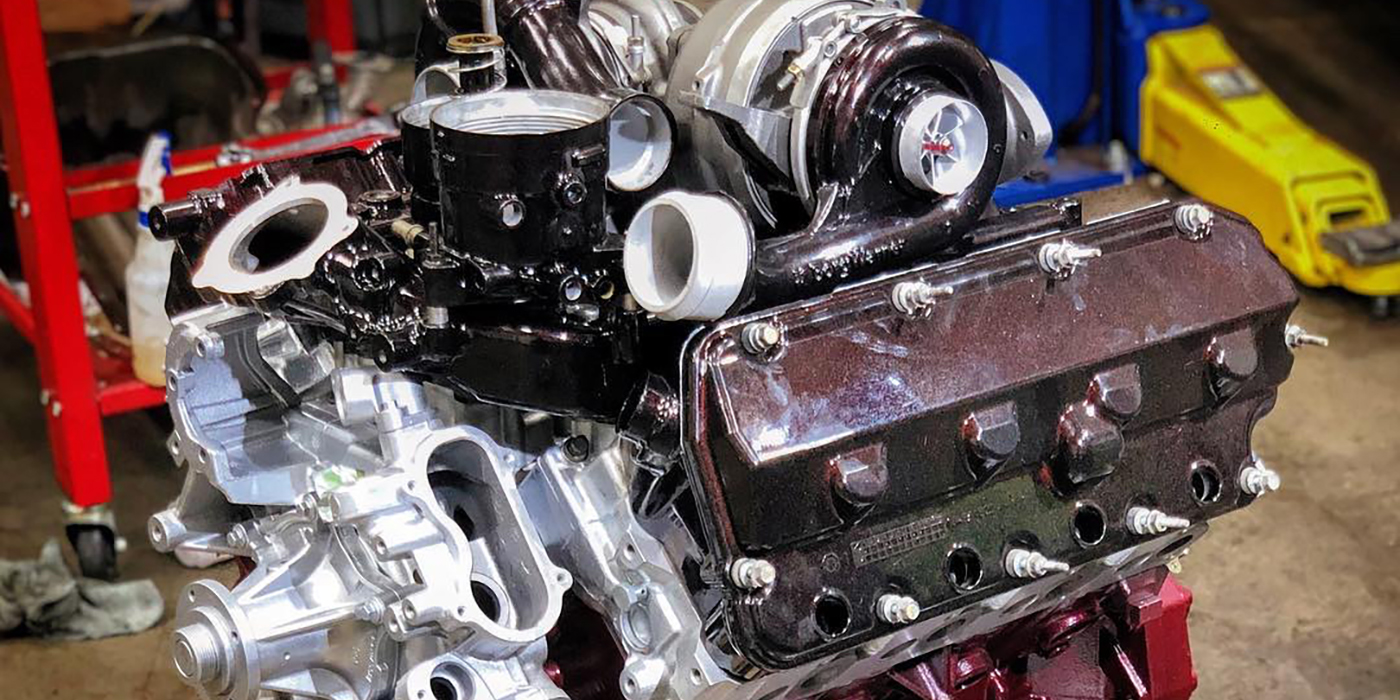 Wasatch Diesel Performance covers the gamut when it comes to diesel performance, and can get a mountain of power out of any diesel engine. Case in point is this turbocharged 6.4L Powerstroke the shop built in 2019. Find out why Wasatch Diesel are Powerstroke specialists.

The 6.0L Davis is referring to is none other than the second generation of Ford’s Powerstroke diesel engines, and while the entire Powerstroke line represents their primary focus, Wasatch Diesel Performance covers the gamut and offers a wide selection of products and services to get a mountain of power out of anything running a Cummins or Duramax diesel engine as well.

Turning wrenches came natural to Davis as a young man, and after graduating from high school, he worked for local shops until deciding to join the army as a mechanic. After years of service to Uncle Sam, Davis had developed a passion for diesel performance and decided it was the perfect time for Salt Lake City to benefit from what he had to offer, and Wasatch Diesel Performance was born.

The foundation of Wasatch Diesel is its “Diesel Solution” packages – offering a variety of upgrades for different levels of performance. Designed to “bulletproof the future” of an engine and offered for many popular diesel powerplants, customers can choose a package that fits their budget and the performance they want. Packages are spec’d out to make easy decisions for customers and include engine work, performance parts and upgrades, fluids and machine work.

Their attention to detail is clearly evident and reflected by customer feedback on social media. In addition to their performance builds, Wasatch Diesel also specializes in all types of regular maintenance and repair and is known for their honesty, dependability and quality.

Currently, the machining work is performed off-site, but all engine assembly and the remainder of the performance upgrades are done in-house.

“I work with Kill Devil Diesel and Diesel Doctor in Tennessee, and also a couple of local machine shops,” Davis says. “I make sure I get the best machinists around.”

To aid in the shop’s current capabilities, Wasatch Diesel Performance recently completed a brand-new shop space with all new lifts, wheel balancer and tire machine. The shop plans to offer alignments and oil changes along with complete auto and diesel repair.

While shops like Wasatch are increasing capabilities, the increasingly strict emission regulations are a constant challenge facing performance shops, but Davis is willing to meet this challenge head on. “Without an emissions system, we’ve got 2,000 to 3,000 horsepower trucks out there,” he said. “I’d like to see a truck with emission systems intact that can do that.”

Recognized as an authority on diesel performance and repair, Davis is a firm believer in networking with other local shops and is more than happy to help them out. “My strong belief is there’s no such thing as a shop that specializes in everything,” he says. “Our strong suit is Powerstrokes. That’s what I specialize in. If there’s something I’m stumped on, I call a local shop that I know specializes in them. We all kind of work together.”

When time permits, Davis and his staff have been designing and building custom charge pipes and would like to design and build more custom parts and eventually manufacture custom parts in-house.

“I want to get to a point where I can comfortably have four to five employees, then have a three-man team that gets to do the fun customization and represent us at PRI and SEMA,” he says.

The Ultimate Callout Challenge (UCC) brings out the best of the best in diesel truck motorsports, and Wasatch Diesel Performance supports the series as well as local competition. Davis says the diesel performance scene is not as big in Utah as it is on the East coast, but they are pushing to grow that segment of the market with their support and presence in motorsports.

One such example of Wasatch Diesel’s performance work is this turbocharged 6.4L Powerstroke the shop built in 2019. The diesel engine features work and parts from Kill Devil Diesel, Rudy’s Diesel and BD Performance. It also got a Wasatch Diesel custom oil pan and a KC Turbos turbocharger, which all helped the 6.4L churn out 700-750 horsepower! The build was finished off with a beautiful paint job to catch the eye.

It’s diesel work like this and Davis’ high hopes in business and beyond that keep Wasatch Diesel Performance atop the diesel mountain in Salt Lake City, Utah.