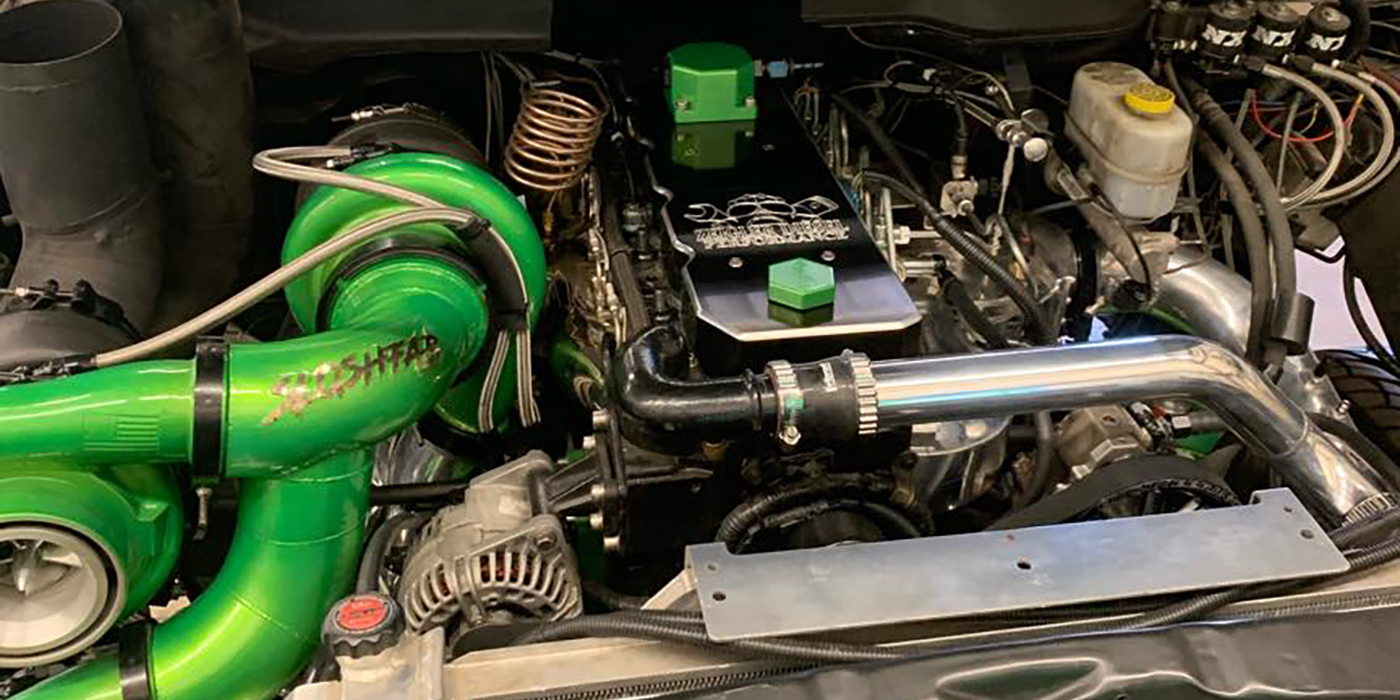 We caught up with Justin Zeigler of Zeigler Diesel Performance as he prepares for his third crack at the King of the Street Challenge and his first Ultimate Callout Challenge invite utilizing a 2006 Dodge 2500 and a triple turbo 6.7L Cummins-based Enforcer engine under the hood. Find out what went into the impressive build.

We last spoke with Justin Zeigler of Zeigler Diesel Performance last September about his burgeoning diesel business (now four years old) and a 400,000-mile 7.3L Powerstroke he was rebuilding. With Justin and his shop crew just a short distance away in Canton, OH from our Akron, OH office, we recently got back in touch with Justin as he prepares for his third crack at the King of the Street Challenge (October 16-18, 2020) and his first Ultimate Callout Challenge invite (May 21-23, 2021).

Justin has always had a knack for competition and a desire to prove himself against the best of the best, and this third run at the King of the Streets (KOS) is no exception.

“We’ve done KOS all three years they’ve had it,” Zeigler says. “We didn’t really hold anything back with this truck. We wanted the best of the best.”

“We went to D&J Precision Machine and they just built us a new Enforcer engine with the best of everything they have to offer,” he says. “The Enforcer engine is built off of the 6.7L platform. It is a 6.7L crank and a 6.7L block. It does get machined out for sleeves and a deck plate – the whole nine yards. This particular Enforcer is set up to flow coolant, so we can do the 100-mile street drive at KOS. This will be the same engine we’re going to compete with at UCC as well.”

The Enforcer engine is all done by Drew and D&J Precision Machine, both inside and out. Drew designs and makes his own pistons and rods, among other components for the platform.

“It’s all his recipe,” Zeigler says. “When it comes to building big horsepower engines and making them live, (Drew) is the man. I give him an idea of what I want to do with it and let him run. This engine has his pistons, his rods and basically all his whole setup. It also has his billet main caps in it and his bigger-than-factory head studs. It’s got roller bearings for the cam and roller lifters.

“This Enforcer engine is also using D&J’s old-style Stage 3 head. The reason we’re doing that is the way my pump configuration is we can’t fit the Stage 4 intake in a factory firewall, dual pump set up. We also used Exergy 500% injectors in it and Exergy pumps. We got Stainless Diesel to build us a triple turbo setup. They built us all the turbos and I had a local friend of mine who owns SloshFab build all the piping and he did the welding and fabricating as well.

“The three-turbo set up on this truck does things that everybody said it wouldn’t. It drives incredibly nice and comes right up on boost. It’s not laggy and it does everything we could ever want it to do.”

Behind the triple turbo Enforcer engine, Zeigler called on Firepunk Diesel to build their latest and greatest Comp 3 transmission, which Justin says he has two of.

“We keep a spare, because at this power level and being in competition, you’ve got to have a spare just in case,” he says. “We never think anything is going to go wrong, but anything can happen. I just picked up the truck from Firepunk, and Cody down there just did the whole four link set up on the rear suspension. It is just incredible. His welding and fabrication skills are absolutely next level.”

With the truck nearly dialed in for KOS 2020 in mid-October, Justin has his sights set on winning the multi-dimensional competition.

“Not only do you have to drag race and go on a 100-mile street drive, but you have to do a chassis dyno competition for the highest horsepower, and then you do dirt drags for 250 feet, which is a really wild ride in something of this caliber. Then, you have to sled pull twice.”

Adding to the difficulty level of KOS is the fact that each truck entered in the competition has to be based around being DOT legal, meaning DOT tires, full sheet metal and street legal – the whole nine yards.

That being the case, Justin is still pushing the limits of his truck and hoping that the third time will be the charm at KOS this year.

“My goal with this engine is anything north of 2,500 horsepower at the tire,” he says. “The truck earlier this year did almost 2,000 hp on fuel only, and we have three nitrous kits from Nitrous Express on the truck for the dyno. We’re going to turn them on and see what she’ll do.”