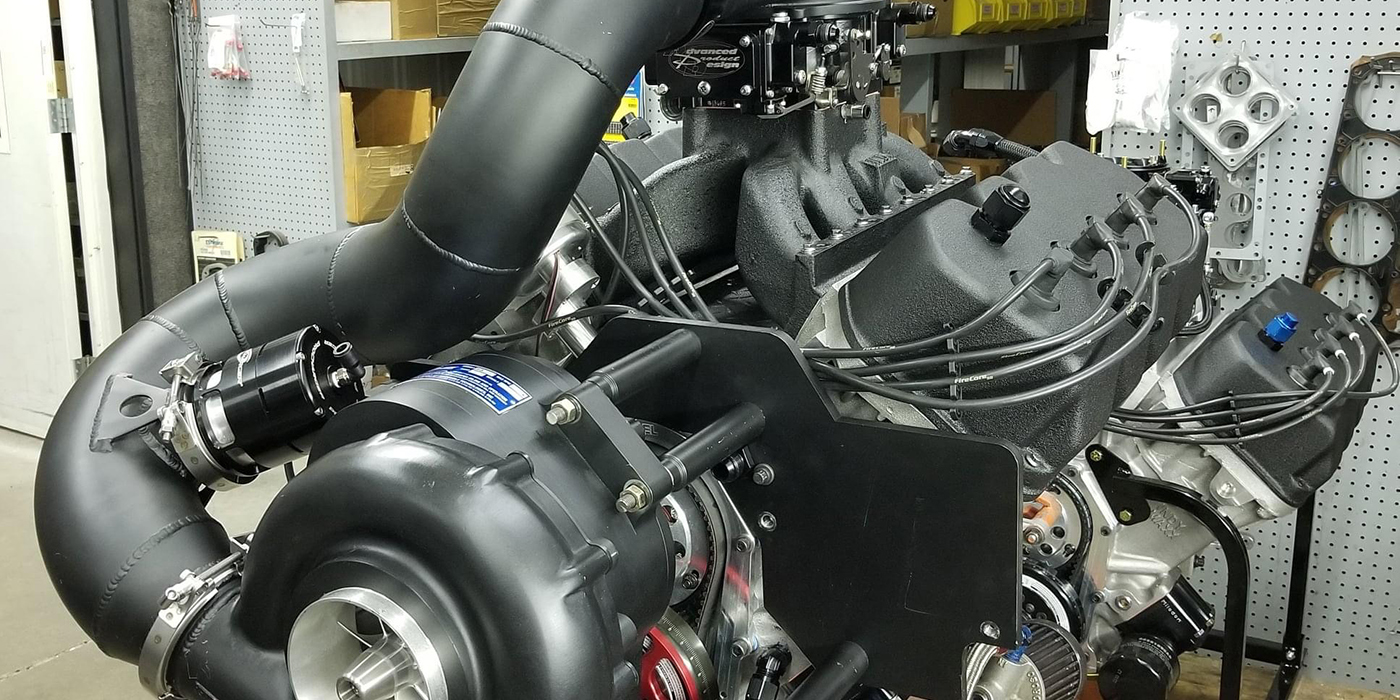 Ken Lazzeri of INDY Cylinder Heads, is an engine builder rivaling anyone who calls themselves one of the best to build Mopar horsepower. He’s been building engines since he was a teen and he recently finished up a 540 cubic inch ProCharged Race Hemi engine for a fast bracket Cuda. We saw it highlighted on Facebook and had to share the details.

To many Mopar fanatics, there are only two types of motorheads in this world – those who want a Hemi and those who have a Hemi. One company catering to this crowd is INDY Cylinder Heads, a Mopar parts manufacturer and engine shop, which until recently, was headquartered in Indianapolis for nearly 50 years.

Founded by brothers Russ and Fred Flagle, INDY Cylinder Heads is synonymous with top tier performance parts and complete engines for the aftermarket. The company offers customers any number of variations of engine blocks, cylinder heads, intake manifolds, and valvetrain components to produce the ultimate in power utilizing small and big-block wedges and Hemis from 360-600 cubic inches for both street enthusiasts and professional drag racers.

However, despite offering the great products it does, INDY’s reputation soured over the years due to customer service complaints. In late 2019, husband and wife Chris and Charli Wheatcraft acquired INDY from the Flagles looking to continue the brand’s legacy and mend its reputation while serving their Mopar community to their full potential.

The Wheatcrafts are longtime Mopar drag racers themselves and are owners of Extreme Mopar Apparel Sales, Caged Insanity Clothing and Wheatcraft Concrete Services. They viewed their purchase of INDY Cylinder Heads as an investment in a product line. For them, INDY never needed fixing, but rather the proper investments and procedures. That plan meant continuing to invest in employees, equipment, software, and programming.

Over the year and a half-plus they’ve owned the business, the Wheatcrafts have made more than a few, simple tweaks. The biggest being uprooting the company from its home in Indianapolis to a new 20,000-plus square-foot facility in Xenia, Ohio to streamline INDY’s cost effectiveness. The space offers a new showroom, new engine and assembly room, a new machining room, and a new inventory room. While they’ve kept most of the company’s staff in place despite the move, new team members have joined the business, along with new products and new machines.

One thing, or rather person, that has remained constant, is the man behind the engine builds coming out of INDY Cylinder Heads – Ken Lazzeri. Ken rivals anyone who calls themselves one of the best to build Mopar horsepower and has been building engines since he was a teen.

Ken recently finished up a 540 cubic inch ProCharged Race Hemi engine for a fast bracket Cuda. We saw it highlighted on Facebook and had to share the details.

The rotating assembly uses a 4.250/2.200 billet crank with aluminum rods for boost and Diamond 10.35:1 compression pistons with double coating and DLC pins.

In addition to the heads being CNC’d, they also got o-ringed and outfitted with INDY rockers, Trend tapered pushrods and 2.030˝ seat height lifters. Rounding out the build is a Jesel +250 belt drive, an ATI balancer, an MSD crank trigger, an INDY offset distributor, Firecore wires, an Indy 426-4 intake that got fully ported, an APD blow-thru Alky carb, and an F-3R ProCharger to really crank up the horsepower.

Once assembled, the 540 cid Hemi engine got broken in with race gas. Now all that’s left to do is drive this rebuilt Cuda!