To many engine builders, saying the words “crate engine” can leave a bitter taste in the mouth. The perception is, thanks to the wide assortment of ready-to-run packaged engines available from the OEMs, custom engine builders have difficulty competing.

In an attempt to reduce the high cost of racing, many sanctioning bodies and racetracks began experimenting with what could be described as “spec engines” or “crate engines” a number of years ago. General Motors was one of the first to offer a crate engine for racing, but now numerous manufacturers including Ford and Dodge have crate engine programs. The plan, say racing organizations who have embraced crate or spec engine programs, has always been to save racers money and equalize performance among all racers in a division.

Racing organizations that have taken to the crate engines include ASA (American Speed Association), ACT (American Canadian Tour), USAC (United States Auto Club) and others, as well as individual race tracks who run their own series. In most cases, these engines are sealed so that the racing teams cannot perform any repairs or modifications. An authorized builder must perform engine rebuilds.

Engine builders who dealt mainly at the local level were, understandably, upset by these programs. If your local customers suddenly couldn’t use your product, it would obviously impact the bottom line.

But arguments from the bigger engine builders were heard as well. “I will admit, I was very vocal against crate engines for quite a while,” says Keith Dorton of Automotive Specialists, in Concord, NC. “When GM threw its crate engines at us however long ago that was, it seemed like it was just a way for a handful of people to make some money at the expense of the rest of the business.”

Dorton and his team build engines for some of the biggest names in the sport, from NASCAR’s top series to Bonneville land speed record holders to late model stock and hot rod motors. He wasn’t necessarily going to be hurt financially in the same way the little guy might be by a crate engine program. But he still didn’t like it.

“To be honest, they didn’t give intrepid race engine builders a lot of credit,” he says. “They said they were making them tamper-proof in order to save everybody money – it never did. The people who want to cheat will find ways to get around the seals – they’ll usually spend more money trying to do it.”

Engine builder Craig Michaels of Craiger Racing in Clymer, NY, says the temptation to skirt the rules  can be  tough. “One of the first things we noticed with the crate engines was the seal,” says Michaels. “I’m an old tool and die maker so I could look at them and say ‘Well, someone made it to begin with.’ And racers are savvy enough to figure out how to get around the rules.”

Dorton says one of his customers had a GM crate engine for a spec racing class – he spent an extra few thousand dollars to try to “enhance” the intake and the heads – and had the work done poorly. “In many cases a $6,000 crate engine can wind up costing a guy $14,000-$15,000 dollars with no guarantee they’ll get through the inspection,” Dorton explains.

In Dorton’s opinion, the better option to competing with crates is beating them – by doing it yourself.

“We don’t call what we offer a crate engine,” he says, “we call it a sealed engine. We started on it at the insistence of one of the sanctioning bodies that we were already building for, as a way to save the car owner and racer money. We decided if we were going to do it, we’d do it right. We decided to do a Chevrolet package with a couple of criteria: performance, cost and durability – and we wanted all American-made parts. We also didn’t want to sell a ‘complete’ engine without a water pump and pulleys, for example – over the years we’ve seen so many cobbled up messes that cause problems.”

Providing that right combination is crucial, says Damon Sampson, Mast Motorsports, Nacogdoches, TX, and it’s not necessary to be tied to a racing organization.

“Nowadays, it seems like everyone wants to take part in one-stop shopping. We got started developing control packages and selling camshafts for LS engines … then people said they wanted to buy the control package but didn’t have an engine. Once we started building engines things morphed into what it is today as a result of enthusiasts wanting to buy all the parts from one stop.”

In the beginning, Sampson says every engine was custom, but over time, to streamline the process and get the price down for the customer they became more selective. Currently, the main focus is the LS, although other engines may be offered. Surprisingly, Mast didn’t set out intentionally to focus on the LS performance motor. “Initially we were going to build controllers for all of the big three. We still have Hemis and Fords sitting here, but the LS market is the one that took off,” says Sampson. “We offered the control package for all three but the only ones who called were in the LS market. It was so rabid, that’s where we focused.”

Sampson explains that, as an engine builder that builds in quantity, specialization is important. “We only build the LS, but we do a lot of them  – they’re not really custom but several different variations are available. Basically, people asked us to put together a package that we knew worked so they would be confident that it would work for them.”

That, in effect is the basis of what can make a custom engine builder’s crate engine program a reality. Knowing what works best is a key ingredient – specialization can actually help your success, according to Frank Beck, Beck Racing Engines, Phoenix,  AZ.

“The only thing ‘crate’ about our engine program is what it comes in,” says Beck. “But the best advice I can give is don’t be a jack-of-all-trades, master of none. Pick a specialty – circle track, drag race, street, marine, offroad – then get even more specific and build the best product you can. If you can get a following and start getting a piece of the pie, even a sliver, can be a pretty fair amount for a shop if you’re nationwide and can capture an audience.”

Crate engines don’t necessarily have to be a bad word. There are ways to take some of the concepts by these big builders to reach a broader range of customers.

“People got to where it was either love or hate the word ‘crate’”, says Keith Dorton. “I still have trouble saying the word, but under that umbrella there’s a lot the small engine guy can do to keep the doors open. Start with the base package and add parts as necessary to make it your own.”

Dorton says, “We’ve used the crate program to drive development of our higher end products. I never would have guessed that going into the program. But you have to keep an open mind.”

Darren Ragsdale, Jasper Engines and ?Transmissions,?Jasper, IN, agrees. “When we talk about a crate engine program, we feel we’ve been building crate engines since 1942. But one of the fastest growing segments of our performance engine program is, actually, the custom engine builder. The guys who are specializing in the truly custom engine builds have a really nice niche that we’re not really competitive with because of the variables that would make it difficult for us on the production side.”

Speaking frankly, Ragsdale says, “Let’s call a spade a spade: crate engines are a dirty word because they mean less profit for the builder – but let’s turn this around and look at how they can make money. That’s where some of our most successful customers have embraced and become profitable with it.”

Ragsdale says he has joined forces with many CER customers by offering a basic engine package. “The CER?can then offer intakes, carburetors, ignition systems, or even fuel injection systems and really make a Chevy 350 their own,” he says. “It takes them less time to complete so when you really look at it, your profit per hour skyrockets. That way they can focus on the niches they have found in their market that they’ve become good at.”

Ragsdale says engine builders must acknowledge that there are times they don’t want to build it themselves,  whether you can’t get parts or you don’t want the liability. “That’s when companies like us make a lot of sense. It turns into a business decision – engine builders can make the profit, take care of a customer and add on their own products. It’s strictly a profit margin business decision.”

The key is communication, especially as it relates to what the customer expects.

“It’s more important than you can imagine,” says Dorton. “We just built a motor for a friend of mine – it was a variation of our sealed engine package. I gave him what he said he wanted – now he has a race engine in a ’55 Chevy that he wants to drive on the street. Guess what – we’re going to have to change cams.”

Dorton says, “You don’t want to lose a job over a disagreement, but even at a crate or spec engine level, we need to strive to give the customer what he needs, not what he thinks he wants.”

Ragsdale concludes, “It’s important to take a look at what the customer’s definition of performance is. Sometimes the customer is just after looks. Maybe in that arena, the custom shop can do something special with a base package and their bolt-on parts to make it really special.” 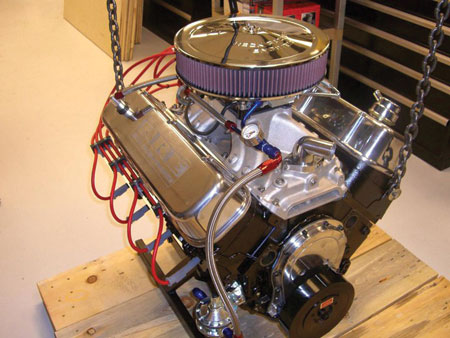 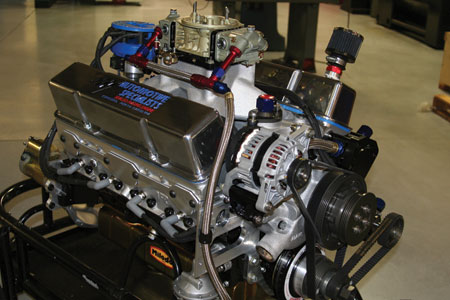 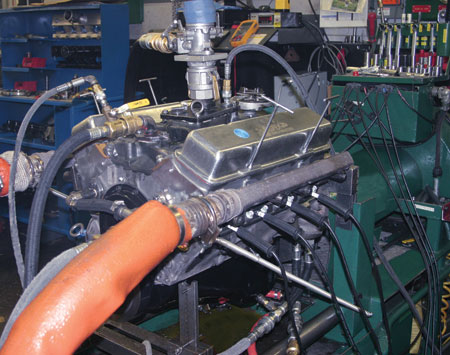