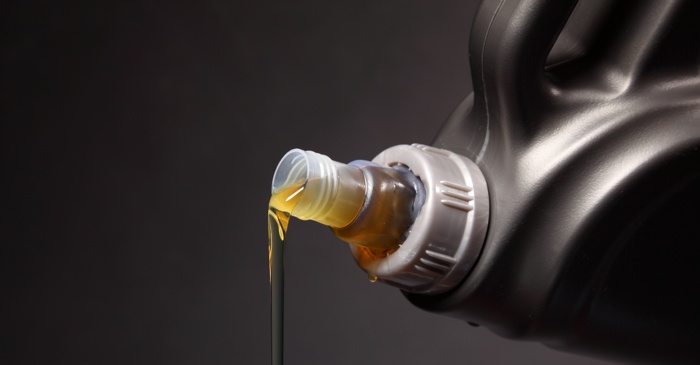 With May’s Engine Builder focusing on performance diesel engine technology, it’s the perfect time to alert you of two new diesel engine oil performance categories that will appear on the market in 2017. These new categories are the direct result of our federal government asking diesel engine builders and truck manufacturers to reduce greenhouse gas emissions. 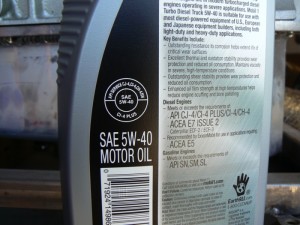 An estimated 80–85 percent of diesel trucks in the U.S. have been using oils that meet the API CJ-4 performance specification. But the majority of these oils won’t yield fuel economy improvements good enough to meet 2017 legislated GHG requirements.

With May’s Engine Builder focusing on performance diesel engine technology, it’s the perfect time to alert you of two new diesel engine oil performance categories that will appear on the market in 2017. These new categories are the direct result of our federal government asking diesel engine builders and truck manufacturers to reduce greenhouse gas (GHG) emissions (primarily CO2).

During 2010, the Feds began legislating truck fuel economy like they’ve done with passenger cars for years. It seems the best way to reduce GHG is to improve overall average fuel economy since CO2 emissions are directly proportional to the amount of fuel burned.

The first set of truck fuel economy regulations took effect in 2014, and truck and engine manufacturers were able to meet these requirements (approximately a 3 percent improvement) by incorporating currently available diesel engine technology. The second set of requirements, scheduled to take effect with the 2017 model year, will require the development of some new and different technologies to meet the regulated approximately 3–5 percent further improvement. Even further reductions are currently being discussed for the 2020 and 2025 model years. The Union of Concerned Scientists requested a 40 percent reduction by 2025, so we could have a long way to go.

In 2011 the Diesel Engine Manufacturer’s Association (EMA) wrote a letter to the American Petroleum Institute (API) requesting the assistance of the additive and petroleum industries in developing new diesel oils, which would provide better fuel economy to help them reduce GHG emissions. In particular, the EMA asked for diesel engine oils with improved:

These oils were to be made commercially available beginning in 2016.

So here we are in 2015, and what is the status of the new proposed category, PC-11? After considerable debate the oil industry concluded that at least two new diesel oils would be necessary to meet the above requirements. And the EMA didn’t get everything it asked for, since biodiesel fuel compatibility and piston scuffing haven’t yet been addressed. But the timeframe to develop tests and oils is very short, and the EMA will get most of what it requested, so PC-11 will proceed.

PC-11 will now define two separate heavy-duty diesel lube oils. PC-11A (which will likely be called API CK-4) is scheduled to be commercialized in March 2017. This oil performance category will address pre-2017 engine designs and all the various XW-40 and XW-30 grade oils on the market since much is known about their actual field performance. All the necessary laboratory engine tests needed to define API CK-4 diesel performance have been developed, and labs are currently installing and calibrating dynamometer test stands.

Lighter oils designed for use in 2017 and beyond diesel engine designs will be addressed by a PC-11B spec, which has not yet been finalized or named. The oil industry wants to change the current API naming protocol so these oils cannot be confused with PC-11A or API CK-4 oils to prevent oil misuse and possible engine failures. This seems like a good idea. Current thinking is that they will be called API CF-4 (the “F” is for fuel economy). However, this is not yet finalized. 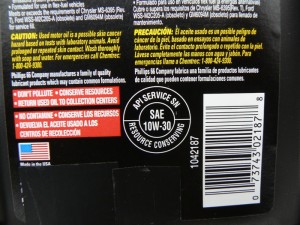 In 2011 the Diesel Engine Manufacturer’s Association (EMA) wrote a letter to the American
Petroleum Institute (API) requesting the additive and petroleum industries develop new diesel oils. In particular, the EMA asked for diesel engine oils with improved fuel economy, high-temperature performance, protection against oil aeration, protection against cylinder scuffing, and biodiesel fuel compatibility. These oils were to be made commercially available beginning in 2016.

First, we are used to categorizing oils only by the viscosity grade, but viscosity merely defines an oil’s resistance to flow. Viscosity doesn’t define such things as density, volatility or shear strength. Engine components require an oil film to be present between surfaces to prevent metal-to-metal contact, but viscosity grade doesn’t accurately guarantee that an oil film will be present on a hot engine component when it is needed.

Years ago additive manufacturers and oil suppliers observed that shear stability was a reasonable indicator of film strength. A high-temperature high-shear (HTHS) test was developed to better delineate shear performance at hot engine temperatures. As we gain experience with HTHS testing of lighter oil formulations, we will be better able to formulate even thinner engine oils, which will improve fuel economy, yet still adequately protect engine components.

Oil formulators also know that volatility, or the oil’s propensity to evaporate at higher temperatures, is also a valuable piece of the equation. No matter how viscous or how shear-stable an oil is, oil can’t protect engine components if it evaporates off surfaces at higher operating temperatures. On the other hand, if the light ends were to evaporate off an oil, would the remaining heavy ends still improve fuel economy or not?

PC-11B is trying to investigate all the above factors and adequately define thinner viscosity grade diesel engine oils which will offer end users improved fuel economy without sacrificing engine service life. Passenger cars’ oils are ahead in this respect. Honda has recommended new viscosity grades (SAE 8, 12, and 16) to describe thinner oils for use in gasoline engines.

The PC-11A spec is much better understood due to vast experience with typical commercially available diesel engine oils. API CK-4 will require oils to have a minimum 3.5cPa HTHS test result and a minimum NOAK volatility test result of 13-15 percent evaporated. Considerable field test experience is behind these recommendations.

PC11B requirements, on the other hand, are still firming up. Current thinking is that HTHS test minimums will be 2.9-3.2cPa. These will finalize as diesel engine builders gain more laboratory and field test experience. NOAK volatility limits on oil evaporation will also be finalized when more is known about actual diesel engine performance when using very thin oils.

Although much is known about the lubrication of NASCAR and NHRA engines with very low viscosity oils, three factors keep this information from translating directly to heavy-duty diesel truck engines.

First, racing engine service life varies from about 3 miles to no more than 700 miles, so component longevity isn’t nearly as significant as it is for trucks. Secondly, NASCAR and NHRA engine builders reduce bottom end clearances and increase oil pump volume to provide adequate oil pressure at lower engine speeds. Thirdly, race engines are never idled below about 2,000 RPM. These factors significantly improve low-speed splash lubrication vital to cams, lifters, and pushrods. Diesel engine builders haven’t yet had sufficient time to experiment with all these factors as they relate to lower speed diesels.

It isn’t easy to reconfigure engines to live well on very light engine oils, particularly if the surfaces to be lubricated are of the same metallurgy. That’s why cam and lifter metallurgy is so important, and you can’t run a steel distributor gear on a steel camshaft. You can decrease adhesive bonding significantly by switching to dissimilar materials such as bronze and steel. 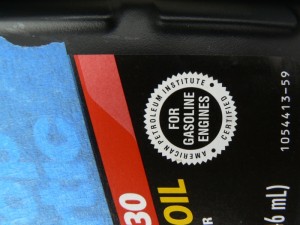 With today’s high RPM, high valve lift engines, pushrod tips often become the critical lubrication point. Many Pro Stock racers put some type of grease on pushrod tips between rounds. I’ve even heard there are now pushrods available that have bronze tips. Although this will increase wear rates, the chances of destruction due to adhesive bonding are greatly reduced. But diesel operators need significantly more durability and longevity from their engines.

Inadequate oil pressure is also a problem when trying to run extremely low viscosity oils. Although crank and rod bearings can survive on much lower oil pressure than most people believe, cam lobes, fuel pump pushrods, timing gears, and some distributor gears depend on oil being squirted onto those surfaces to survive. Low oil pressure reduces the pressure used to squirt the oil onto those components.

One NASCAR team I worked with used check valves to turn off their piston oilers thereby conserving oil pressure and help their engines live during pit stops. I don’t think EMA engine builders will want to resort to such complicated and expensive solutions to increase oil pressure in low-speed diesel engines. And some diesel engines actually use oil pressure to activate fuel injectors.

So, what determines how much oil pressure a given engine makes besides the viscosity of the oil? In my mind, oil pressure depends on the output of the oil pump minus the controllable leaks in various engine components. Decreasing rod and main bearing clearances and connecting rod cheek clearances can be used to raise oil pressure, but can all the other “leaks” in the engine be re-sized accordingly? And what effect do valve clearances have on oil pressure?

The point of all this discussion is that much diesel engine development work will be required before diesel engines can utilize significantly thinner oils than are available today. Current engine designs will operate satisfactorily on the PC-11A (API CK-4) diesel oils, but don’t utilize the PC-11B oils unless you are operating in a very cold environment like Alaska or Antarctica. And never use an engine oil that says “For gasoline engines.”

Advertisement
In this article:Diesel Oils

Diesel Oils Will Soon Be Changing