Here in the pages of Engine Builder magazine we have countless articles about choosing the right set of pistons, putting in the perfect crankshaft, selecting the best connecting rods and the list goes on and on for identifying what parts and products go into your engines. However, there is one item we seldom cover – exhaust.

Sure, an exhaust isn’t an internal engine part, but using a better exhaust can benefit both you and your customers, and has a larger affect on the engine than you may realize.

One of the reasons why engine builders don’t give as much attention to the exhaust they’re using is because they don’t fabricate and design exhausts. If your goal is to make as much power as you can, or make the engine as efficient as you can, the exhaust can be as critical as anything else in that process.

For anyone who’s ever built a racecar or anything that requires performance, you know that an engine is essentially just an air pump. The more air you can efficiently get in and out of it the better the engine is going to perform.

“One of the most critical aspects of making your engine perform is the pipe diameter of the exhaust set up from the headers all the way back,” says David Borla, vp of sales and marketing at Borla Performance Industries. “The most common misconception that we see is this expectation that using larger pipes is going to relieve the most back pressure. That is completely false. What you want to do is find the magic pipe diameter that is going to maintain or increase exhaust gas velocity.”

A good example is using a garden hose with water trickling out. If you place your thumb over the end of it, it increases the velocity of the water and it shoots much further. The goal here is to get the exhaust gases from the inlet side of the exhaust system out of the tailpipe as quickly and efficiently as possible.

Pipe diameter really comes down to how much horsepower the motor is making. “There is a synergy between the exhaust and tuning the motor, and finding the right pipe diameter is critical to that,” Borla says. “It’s a very common mistake to think that a larger exhaust is going to make your engine more efficient.”

At the level of an engine builder, a lot about pipe diameter is going to depend on what kind of performance you’re looking for and the application of the engine. An exhaust diameter for an engine with 500-plus hp is typically around 3-inches and up.

“In a drag racing application where getting off the line is really important, you might be willing to sacrifice some high-end power in order to gain some torque,” Borla says. “If you want to get more power down low, a smaller diameter exhaust can sometimes achieve that because you’re increasing gas velocity at lower RPMs. The problem with it is you start pushing more and more air, and once you get into the higher RPMs the smaller exhaust getting you torque is preventing you from getting high horsepower. The application is important to note.”

Switching your exhaust on a dyno is probably the best way in a controlled environment to figure out what the best pipe diameter is. You can only do so much modeling with a computer. At the very least you need to verify on the dyno. Experimenting with different pipe diameters is a great way to squeeze out extra power. In certain racing applications, the difference between first place and fifth place is a very short amount of time. Squeezing a little bit more power out of the exhaust could be the difference between winning and not even making the podium.

Another aspect of exhaust is the headers. When you get into header design, the closer to the motor you get, the more critical the exhaust design becomes. Headers can provide a whole bunch of additional benefits.

“One of the things you’ll hear people talking about is scavenging, which is the concept of understanding the firing order of the motor and designing the header in such a way that the pulses are creating vacuums at the right time and helping pull the spent charge out of the cylinder via vacuum,” Borla says. “If you tune a header correctly, you can add a whole bunch of efficiency to the motor, which results in power. At really high levels of racing you see so much attention put on header design. When you get up to F1 or even NASCAR, all that matters is the header, because they’re really not running exhaust systems out of the back of the vehicle. In NASCAR they actually run X pipes to take advantage of the pulsing of the engine. Header design is at a much different level than just the exhaust, or what happens south of the header.”

The Make Up of Exhaust

In an exhaust system are three different things – sound waves, exhaust gases and heat. All of these elements are dynamic and change by the millisecond as they go through the exhaust, and change in different ways. You can actually exploit all of these things, including sound to help make the engine more efficient.

Heat and Gas – As you go further and further away from the motor exhaust gases cool. As exhaust gases cool, in order to maintain the exhaust velocity, you’ll see exhaust systems that decrease in diameter as they go further and further away from the motor. “The reason for that is because of cooling,” Borla says. “At really high levels of racing they have, not just stepped headers, but stepped exhaust systems that change in diameter as gases go through the system. An engine builder would really need to tune the fine elements of that on a dyno. Trial and error is still a big part of that.”

Sound – Another thing that gets ignored, and is less experimented and explored, is how the sound waves can help make the engine more efficient. “There’s something called a reversion wave, and if you use the right angles and design the exhaust system properly, you can actually send portions of the sound waves back upstream on the exhaust system,” Borla says. “The sound is going to look for a way to get out and bounce off and come back the other way. When you do that, you can pull one of those chargers through the exhaust system in a similar way to the pulsing of the header. Sound waves and reversion waves are probably the least talked about, and an area where a lot of exploration could still be done.”

Now that you’ve read about the numerous ways the right exhaust can improve performance and how you can go about actively practicing better exhaust techniques for your engines, make sure you change your mindset about it. Engine efficiency is becoming more and more important.

“There used to be a lot of wasted energy in engine building and it was accepted,” Borla says. “As time has evolved, competition has gotten tighter, emissions standards have come along and increased, and it is getting harder and harder to find ways to squeeze extra horsepower out of a motor. That is the biggest reason why I think engine builders should be paying more attention to exhaust and the benefits of exhaust design experimentation.” n 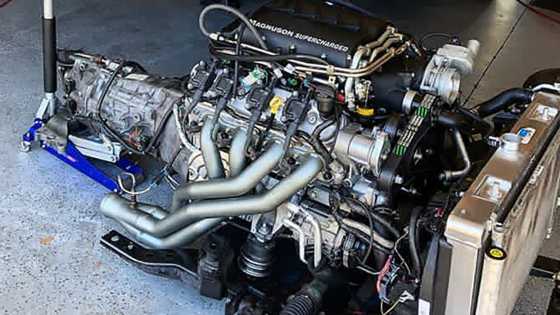 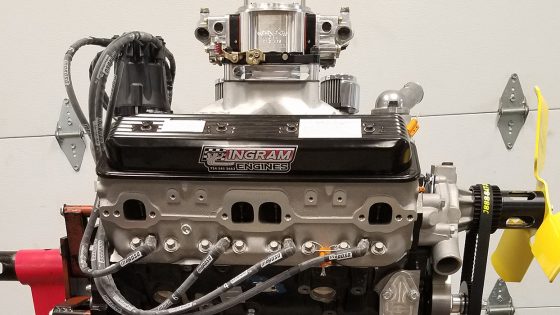 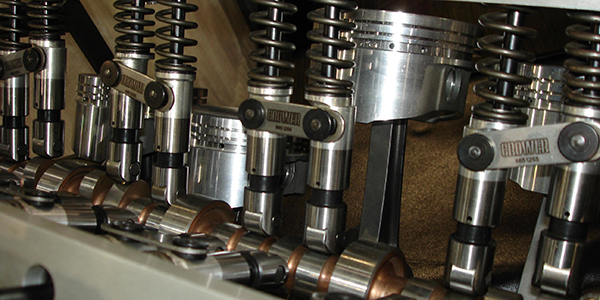 The Basics of Valve Lifters and Beyond