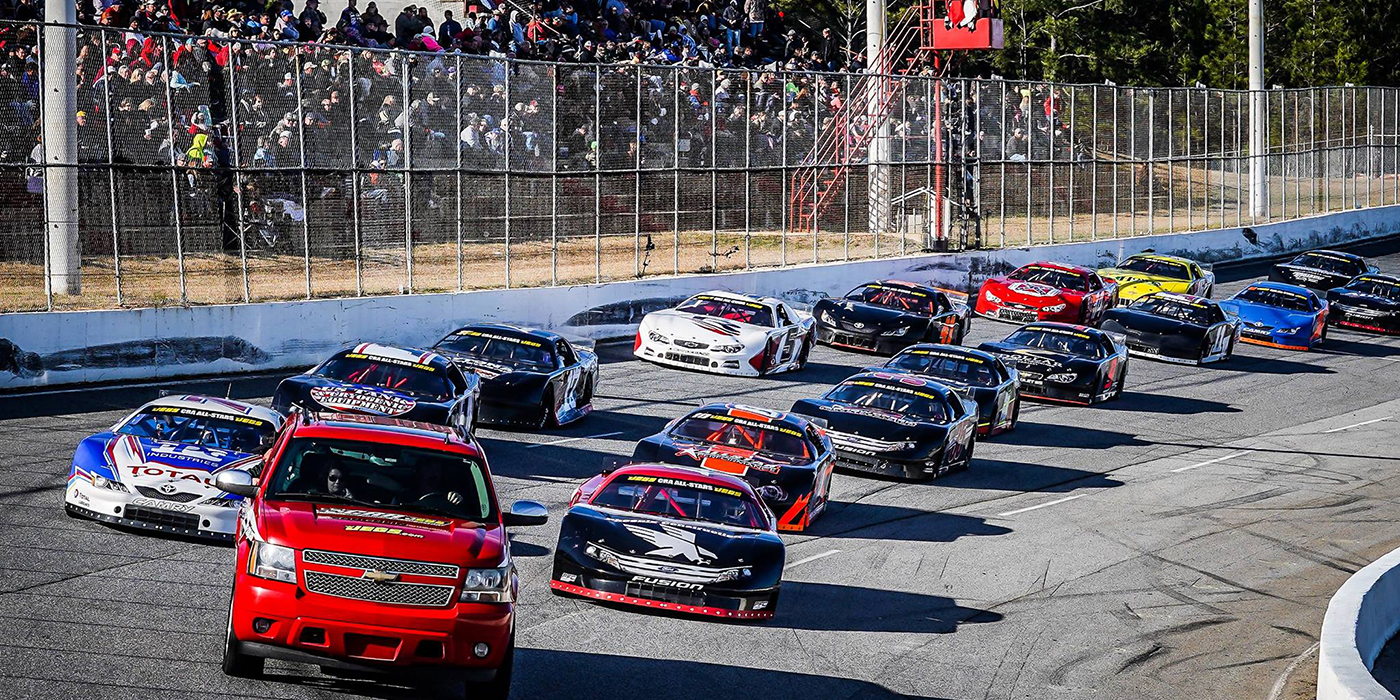 Grassroots Racing and the Future of Motorsports

Guessing which way the wind will blow is not something most racers and engine builders can reliably predict. That doesn’t mean you shouldn’t have any plan or foresight about what may be coming next.

Racing has evolved immensely over the past 100 years, along with the industrial age and the automotive industry. However, what comes next may be more of a shock to the system than anything we’ve seen before.

While on the surface of things, the next few years could be pivotal in the direction the sport follows for the next generation of racers. Racing is not getting any less expensive, but it has always been a sport for the wealthy. The fact that more and more middle-income people can enjoy the sport is encouraging, but also may drive some of the traditional suppliers out of business.

In Europe and many parts of the world, climate change is one of the leading concerns about the future. As countries begin to push electrification and the automakers introduce new EVs, it may also influence the state of racing, especially in high-profile divisions.

Brawn said that F1 shouldn’t be cornered into picking one specific technology, “that’s crude. For me, as an engineer, it doesn’t make sense. It should be, this is where we are now; this is where we want to be; what’s the best solution in that process.”

Guessing which way the wind will blow is not something most racers and engine builders can reliably predict. That doesn’t mean you shouldn’t have any plan or foresight about what may be coming next. If you want to continue to make a living building race engines, you need paying customers now and in the future. Despite what some racers and promoters think, you don’t do this for free.

At the grassroots level, the racing market is not focused on being carbon-neutral, it’s focused on affordability. As technology improves, costs are driven up. Race tracks and promoters have tried for years to put a cap on the price to go racing, and it usually involves restricting engine choice. For this reason, more classes are moving towards crate/spec engines than ever before. However, engine builders and even some racers don’t think that sealed engines lower costs that much or prevent cheating.

Ten years ago, short track racing was hanging on by a thread in many parts of the country. It had gotten too expensive, and tracks were shutting down or selling to real-estate developers. The cars were expensive, the parts were expensive and the engines were really expensive. Unless you were the designated engine builder for your track or series, spec engines were not good for business. But something had to give.

The formation of the Sealed Engine Alliance Leaders (S.E.A.L.) was spearheaded by race promoter R.J. Scott and includes engine builders such as McGunegill Engine Performance and Hamner Racing Engines among others. S.E.A.L. is an effort to keep Super Late Model racing around with a lower-cost alternative to the traditional 9:1 or steel head engines that have dominated the class and driven up costs.

Scott, who is also co-promoter of the CRA Super Series, says they are trying to keep everyone on the same page with Super Late Model racing. “Sealed engines are designed to be a cost-effective option; they are not meant to replace the 9:1 or steel head engines or supersede them in a competitive nature.”

“I started realizing how many customers there were that could not afford the 9:1 engines,” says Dewaine McGunegill of McGunegill Engine Performance in Muncie, IN. “As technology increases, prices escalate. Now, with these new engines, you can change back and forth between your 9:1 and this engine and not have to make any major changes.”

NASCAR’s Whelen All-American Series recently approved the use of a Chevrolet Built Upgrade Kit (spec engine). The bulletin also approved the Harrington Enforcer engine. Notably absent for the 2020 season are the built engines from Ford, Chevrolet and Dodge, and they have been “discontinued.” The only legal drivers going forward are the Chevrolet Built Upgrade, GM 604 crate, Ford SR347, and the Harrington Enforcer.

Even NASCAR’s Truck Series has felt the financial pressures as smaller teams have shut down because they couldn’t keep up with the well-funded factory teams with practically unlimited engine budgets. NASCAR’s response was to allow a new “spec engine” built by Ilmor called the NT1 to compete against the built engines.

David Pepper of ThorSport Racing told Racingnews.com last October that Ilmor’s NT1 engine is “the motor of preference because the rules have been changed several times to impede the built motor. You cannot be competitive and win with a built motor. They’ve cut rpm. We’ve changed the gear rule.”

While NASCAR says the NT1 is not the only option, it is the fastest engine because the rules have been aligned to favor it. So which engine will most race teams choose? Perhaps a better option would be more along the lines of the S.E.A.L. program where at least professional engine builders can be included in the process.

McGunegill told Engine Builder that he makes a Chevy and a Ford version of the S.E.A.L engine, and it has been a success. “We’ve been building this engine for a while, but because of the cost of racing and how economical this is and being low maintenance, it is becoming very popular again. We’re selling the engine year-round.” He says that the benefit for racers running this hydraulic roller engine is that it can run 300 laps with zero maintenance other than spark plugs and oil.

At the top levels of drag racing, the sport is relatively healthy at the moment, but clouds are looming on the horizon. There are rumors of allowing EVs to compete against ICE classes and, of course, ways to reduce costs with engine restrictions inevitable. But in the Nitro classes, it’s tough to cut costs without sacrificing what fans want to see – speed! No one wants to watch Nitro funny cars or Top Fuelers run a throttle stop. One solution may be to allow more power adders such as a centrifugal supercharger or multiple turbos.

NHRA’s Pro Mod class is going that route and will allow centrifugal superchargers to compete in 2020. According to sources, Procharger looks to be the only combination permitted at this point. The cars must weigh 2,600 lbs. using a Procharger F3R/X-140 head unit, which must be unmodified and factory sealed.

NHRA is also adding more displacement for nitrous-assisted engines with a maximum of 960 cid that will run at 2,575 lbs. vs. 903 cid combinations at 2,500 lbs. Also of note is the approval of a bore space bump for Hemi turbo engines from 4.800˝ to 4.840˝. All other turbo entries will still be allowed up to a 5˝ bore space.

In the Stock/Super Stock classes, NHRA has approved the use of aftermarket pistons that are forged, billet or cast as long as they retain the OEM as-cast or as-forged head configuration.

Road racing has been experiencing a resurgence lately for a variety of reasons. Of all the motorsports segments, road racing is most considered a wealthy man’s (or woman’s) category. The grassroots level of road racing is still more expensive to operate than most other segments, but production classes are more popular today because formula and prototype cars are astronomically pricey for even the well-heeled racers. Today’s production road race cars are much better than they were in the 1980s when Showroom Stock classes started popping up at regional SCCA events.

The Sports Car Club of America (SCCA) has had a monopoly on the road racing market for decades. However, the non-profit sanctioning body didn’t keep up with the times, and the costs continued to escalate until only a handful of mostly older, wealthy male racers were left. By the early 1990s, the National Auto Sport Association (NASA) was born (somewhat out of frustration), which offered a road racing alternative to SCCA.

NASA’s allure to this day is that there’s a class for just about every type of car where it can be competitive. Making racing affordable again is almost NASA’s mantra. They were the first in the U.S. to mimic racing events in Japan called Time Attack, where the competition is against the clock, not for a position on the track. Track day cars became popular in the late 1990s and are still a popular option for racers who don’t run a hedge fund. You can drive a track car to the event, buy a modest insurance policy in case of damage on the track, and drive it home that night. NASA also offers a variety of classes for modern cars as opposed to many of the antiquated classes in SCCA, where they still race cars from the 1960s and ‘70s.

While Spec Miata was an SCCA brainchild, NASA also offers an SM class for the MX-5 that allows racers with cars that aren’t as competitive in SCCA to be very competitive. Another thing to note is that road racing has very few sealed engine classes, which has led to some rampant rules interpretations, but it also means there are plenty of opportunities for a good engine builder to show off what you do best. Spec Miata has strict engine rules, but a quality engine build that is spec’d and balanced (i.e., blueprinted) will usually put a decent driver to the front of the pack.

Nobody really likes change, but some changes make sense and may bring the costs down in the short term at the expense of built engines. Racing cannot survive on factory-funded budgets alone, but it can’t afford to put engine builders out of business either, which may be the case if the crate/spec engine trend continues unchecked. While built race engines as we know them may have their days numbered in some classes, engine builders must find ways to work with promoters and racers to offer affordable options for the survival of the sport. EB

Grassroots Racing and the Future of Motorsports