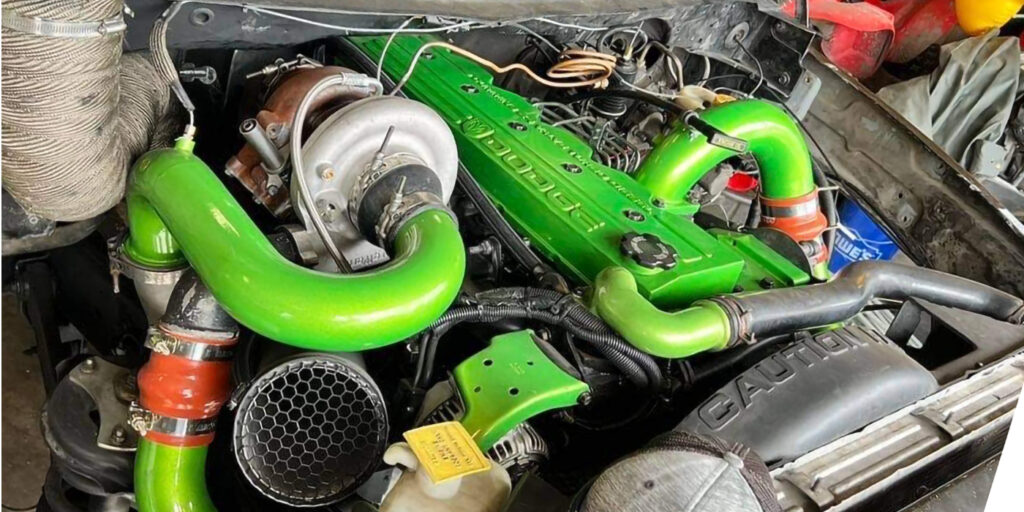 More often than not, diesel guys run into a problem early on in their builds: whether or not to make a faster than hell race truck, or an in-betweener that can commute on the streets during the week while still making enough power to race casually on the weekends. The latter option was originally what Drew Carter had planned for his current diesel truck, but that goal is quickly changing.

Carter is a carpenter by trade but has been working on cars since his early days with his father in the driveway. He’s since moved onto diesel performance, and his new engine build is a testament to his know-how. Building power for a VP44 5.9L Cummins isn’t the easiest task, but like many of the guys we’ve talked to, including Carter’s friend and rival competitor TJ Frey, it can be done with some ingenuity.

The 5.9L engine under the hood of his 1998.5 Ram 2500 went through a few changes before it got to where it is now, including some difficulties. The first motor was messed up due to a dropped valve, and after being rebuilt, Carter ran into the famous “53 block” problem. The 24v 5.9Ls of this time often ran into an issue where after years of use, the block (the number 53 is cast into the side of the crankcase) tended to crack until coolant starts to pour out the side. Without a repair, the leak eventually results in excessive cooling system refills and can even destroy the engine.

For a rebuild, Carter enlisted the help of Guy Mancini, a local Mopar engine builder who he convinced to try out a diesel build. The block was bored .020 over and the heads were redone, the bottom end features Diesel Auto Power 103 springs and 7/16 .120 pushrods, Hamilton titanium retainers, ARP .625 head studs, stock rods and fly-cut valve relief pistons. The engine also features a Fluidampr harmonic damper and a Hamilton 188/220 camshaft.

“I run a Scheid Diesel Stage 2 VP44 injection pump because it’s basically the only pump that has support behind it anymore,” he says. “I run .093 lines and tubes that go to a custom set of injectors that Diesel Auto Power sent me. They’re an eight-hole injector and we’re basically just doing some more testing for them to see what the max size injector is that you can run with that pump until you lose atomization.”

The engine is supplied fuel from a FASS 220 GPH system.

On the air side, Carter opted for a compound over-under setup despite being pushed to run a side-by-side set up from other diesel guys. The engine boasts a Crazy Carl’s Turbos kit that features a 63/68/14 over an 80/96/1/1.15 with a Steed Speed-gated T3 manifold on it.

“Every season at the end of the year I call Carl and ask him what we can do next,” Carter says. “We’re kind of at that median point where we could go up a little bit on the charger, and after that, it has basically maxed out the pump.”

Carter does have an Induction Solutions nitrous kit installed, but he’s yet to spray any. The goal at the moment is to max out what he can with the engine on fuel only – and it’s currently making just shy of 1,000 horsepower. 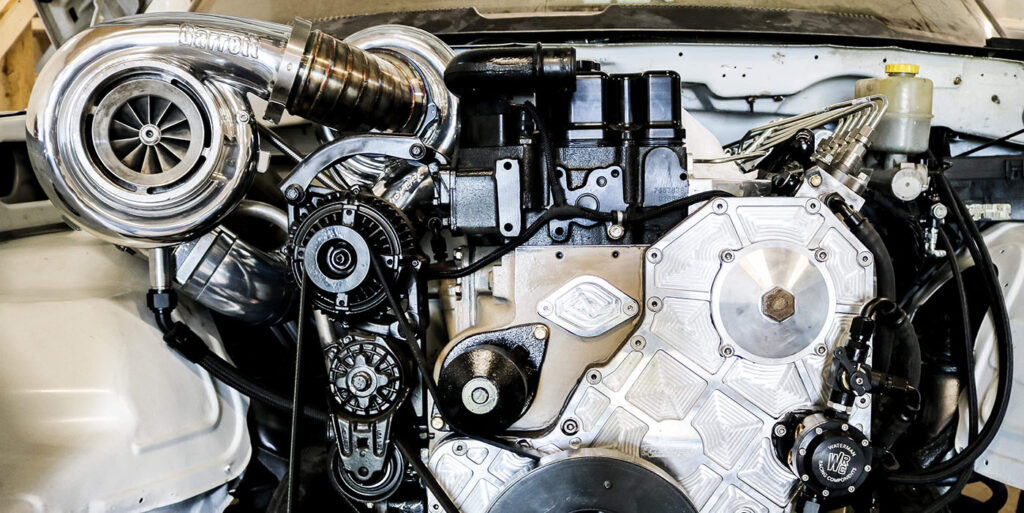 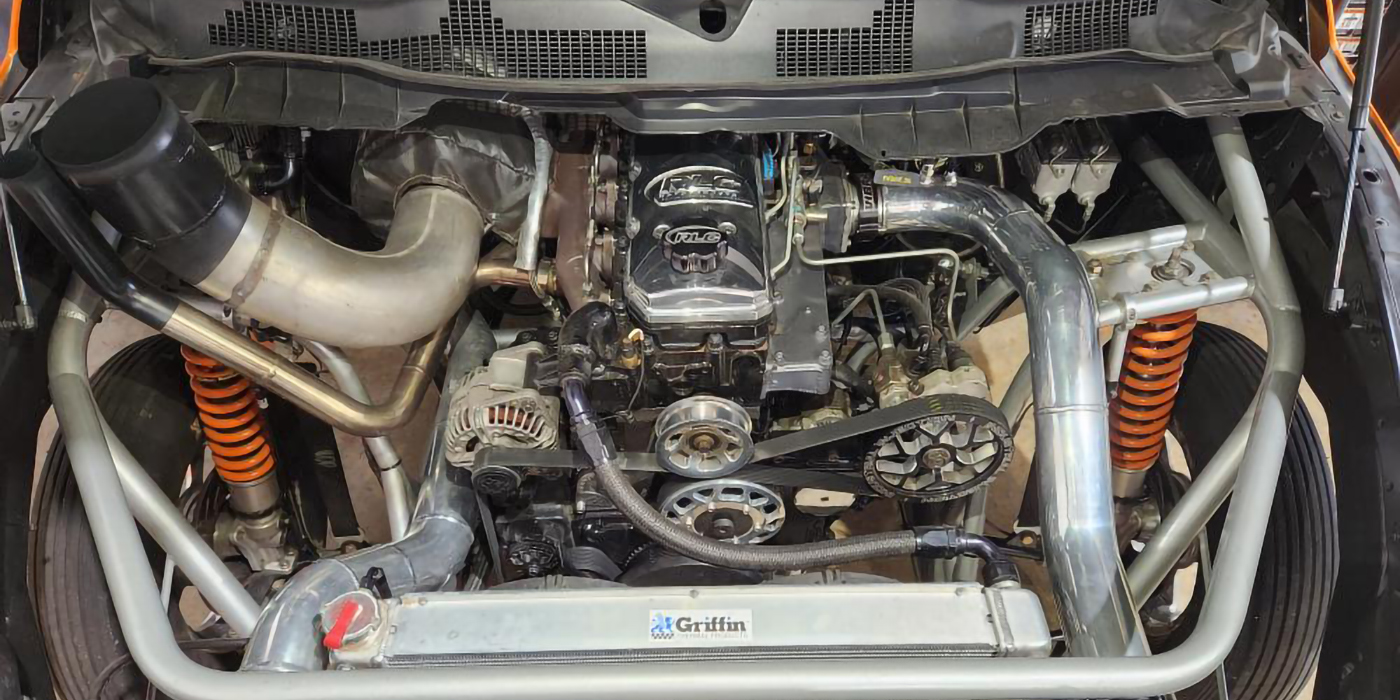