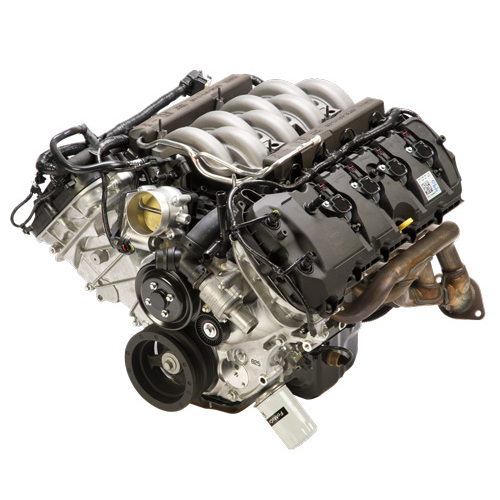 Today, restoration projects seem to be at an all-time high. You would have to admit that there is a love for true American iron. True American iron is also becoming rather hard to come by. As Americans, we were always proud of our cars and trucks. The vehicles manufactured by the BIG 3 (Ford, GM, and Chrysler) in the 1950’s and 1960’s seem to land mark the luxury, performance and style that became an icon.

Now, these vehicles are in extremely high demand and becoming extinct. If you are looking for a vehicle from this era, you basically have two choices, you either purchase one that has been restored or you restore or pay someone to restore it for you.

It comes down to how nice you want the vehicle to be or to what extent or how far the restoration will go and how deep your pockets are. It‘s not that the parts are that expensive, but there will be some pieces that will be hard to find that may cost some money. Then, there will be the body work, materials and paint along with the mechanical pieces such as brakes, suspension and steering. Even though the project may sound like an inevitable money pit, the great news is that this can be an investment. You should be able to get your money back if you later opted to sell the ­vehicle.

Now keep in mind, it’s not that there are cars from the 70’s, 80’s and 90’s that are not worth fixing up. But what has been manufactured in the past 15 to 20 years that has not been disposable? There were cars such as the Fox body Mustang and some ­Camaros that were great in this time period, but a lot of these also were scraped out when the “Cash for Clunkers” campaign came about. Owners of these automobiles really didn’t see the need to hold on to them because of their little or no value. So if you think about it, without the nostalgic American iron, what will the next generation of cruise in or car show be? Will it consist of cars such as the Lumina, Taurus or Intrepid?

One thing that is becoming popular is known as a “RestoMod.” This is the art of combining the old with the new. Even though newer body styles are not sought after to restore, the technology is what’s important. When restoring a nostalgic car, things like fuel injection, bigger brakes, independent front suspension, air conditioning, and air ride tends to be a hot topic. Engines of today out perform their predecessors along with five and six-speed automatic and manual transmissions. So why not mix the two and have the style of yesterday with the technology of today?

One thing that is becoming popular for a Ford RestoMod is the Ford ­Coyote engine. Ford introduced the Coyote for the 2011 Mustang GT. The 2011 Mustang GT would have been available for purchase in early 2010 and the Coyote crate engine was available for purchase from Ford Racing in September 2010. The Coyote dubbed the return of the V8 5.0L design to compete with the GM LS3 6.2L found in the Camaro and the 6.4L Hemi found in the Dodge Charger and Challenger. To meet performance demands that would exceed the 4.6L along with increased fuel economy, the Coyote engine would now feature an aluminum block with crossbolted main bearing caps and thick bearing bulkheads for strength. The block also incorporates piston cooling jets and unique oil drain back and windage control for high RPM performance. 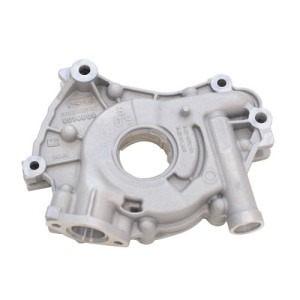 The name “Coyote” was given to the engine in honor of the high output V8’s that were campaigned by A.J. Foyt. The Coyote is still a part of the Ford Modular engine family as the 4.6, 5.4, 5.8 and 6.8L. The term ­Modular had always been thought to mean that it was a name for the engine design or the ability to share certain parts.

But the real name was given from the manufacturing process where the tooling could be changed out in a matter of hours to manufacture different versions of the engine family. The Coyote engine was designed to retain roughly the same size as the popular 4.6L and share the same bore spacing, deck height, and bell housing bolt pattern in order to use the Modular production line tooling.

What Does the Coyote Say?

The Coyote shares a similar platform to the 4.6L except the bore diameter has increased from 3.54” to 3.63” and the stroke has increased from 3.54” to 3.65”. The crankshaft is not interchangeable with the 4.6L because the main webbing designs of the Coyote block are wider. The crankshaft is forged steel and made from the same forging material as the 4.6L which has been known to handle upwards of 2500 horsepower. The biggest change to the crankshaft is the longer snout to accommodate the billet gear for the oil pump (Figure 1).

Now if you are interested in purchasing a Coyote for whatever project you are working on, you may find that there have been six versions to choose from. The first version that was released for purchase in 2010 by Ford Racing was p/n M-6007-M50, and is still available today.

Also for 2013, Ford Racing released a sealed version of the Coyote under P/N M-6007-M50S. This was for the use of racing sanctioning bodies such as the NMRA to be used as a “spec” engine where there is a class called “Coyote stock” where all competitors have the same engine.

The engine is tamper proof from the factory so competitors can not change internals without breaking the seal. Nothing in the sealed version is different from the original version of the engine.

One obstacle that Ford faced when producing the engine was to make more power and efficiency than the 4.6L predecessor.

The valvetrain would now consist of a light-weight, roller-type, finger follower with a hydraulic lash adjuster with a 2:1 ratio.

Both the intake and exhaust cams would now be controlled separately. This is known as Ti-VCT (Twin Independent-Variable Cam Timing). The camshafts are controlled by the Powertrain Control Module (PCM)  using cam torque actuated phasers.

The separate phasing of the intake and exhaust cams allows for smoother idle and fuel economy along with quick response at high idle.

The throttle body and intake also underwent some changes from the previous modular engines. The alternator was moved from the valley of the engine to the side of the block. This allowed for improvements to airflow by optimizing the locations of the throttle body and redesigned intake ports. The new Mustangs would incorporate electric power steering so the engine would not turn a belt-

Even though the engine is termed ‘Modular,” the design would be no where close to the previous modular engine designs. With the crank pin moved to increase stroke, the crankshaft also has straight-thru oiling, which is less complex than the cross drilled passages of the 4.6 and 5.4L.

The crank sensor wheel is rear mounted compared to the front mounted designs of the other modulars. The relocation of the crank sensor produces a more stable signal. The block is aluminum with different coolant passages and oiling passages which also provides the addition of piston cooling jets and more material for beefier bulkheads for the main bearing saddles. The firing order has changed from 1-3-7-2-6-5-4-8 to 1-5-4-8-6-3-7-2. With all the changes to this new “Modular” platform, there is no interchangeability of ­engine parts with its previous ­predecessors.

If you are planning on purchasing a Coyote for your next project, keep in mind that there are a few additional things you will need.

The engine will need a computer and wiring harness which is sold under Ford P/N M-6017-A504V.

There is also an alternator mounting kit for the engine Ford P/N M-8600-M50ALT. Keep in mind that the engine is internally balanced and any neutral “0” balance 164 tooth flywheel will bolt to the crankshaft. Engine mounts from a 4.6L will bolt to the side of the block.

The rear structure of the engine has the same bolt pattern as the other modular designs. This meaning that any modular engine transmission such as an E4OD or a 4R70W can be mounted to this engine.

In closing, the Ford F-150 also incorporates the Coyote engine. The intake camshafts have milder profiles along with different profiles of the exhaust cams compared to the Mustang. The truck version also has lower compression offering 360 horsepower and 380 ft.lbs of torque.

For 2014, Ford Racing has released a “race” block of the Coyote. Even though there are no reports of any engine block problems, some competitors utilizing these engine platforms are making in excess of 2500 horsepower. That’s a little over 8 horsepower per cube.

I guess Ford thought a little extra strength would be in order.

Ford Racing also has many ­performance parts available to ­upgrade your Coyote from camshafts, intakes, cylinder heads, and ­superchargers.

There’s no debating that Callies Performance Products manufactures a great crankshaft, among other engine components. We picked out a Callies Magnum Ford crank for our twin-supercharged small block Ford engine build, so we took the opportunity to review exactly what we got from Callies. Related Articles – Twisted Customs’ 6.7L Cummins Engine – Larry “Spiderman” McBride’s