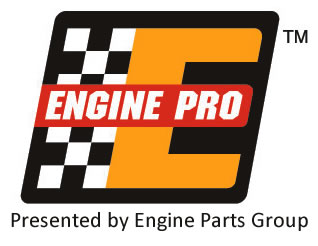 Unlike their flat tappet cousins, bucket style hydraulic lifters can often be reused if inspected, validated and cleaned. The problem is taking them apart. I developed this hammer tool to separate the plunger from the body. Insert the bucket (upside down) and secure with the cover plate. Next, a few good blows of the hammer against a firm surface will jar the plunger from the body. Simply unscrew the cover plate, clean and inspect both the plunger and body, then reassemble with light oil

When removing spark plug tubes from heads like the Chrysler Magnum’s, it is important to not damage the tube if you want to reuse them and have a secure fit. These heads have usually been in service for a while and will have a rusty bond to the cylinder head.

I usually soak them in penetrating oil and give them some light taps to help the oil do its job.

Then I find something like a large socket or piece of dowel that will fit snugly inside the I.D. of the tube to help prevent crushing the tube when I grab them with a large pair of pliers or channel locks.

If the penetrate has done it’s job, a gentle twist is all it will take to pull them out. Undamaged tubes will easily tap right back in after the head and tubes have been cleaned.

Most of our rebuilds are 1970-80s V8s. Quite often our customers want a camshaft upgrade. The so-called “RV” cam is often requested. The grind most everyone uses was designed for a SB Chevy using 1.5 ratio rocker arms.

This same grind is offered for most Ford V8 engines as well. The trouble is these engines use either a 1.6 or a 1.73 ratio rocker arm, which gives a much higher valve lift than when used in the Chevrolet.

For these reasons we always sell new valve springs that are designed for use with these camshafts. New retainers will be needed to replace many stock retainers and rotators if so equipped. Don’t forget to check for retainer to valve seal clearance when using a performance cam in a Ford, or any engine for that matter. This is often overlooked.

To ensure long engine life and performance make sure you match the correct valve spring with the camshaft you’ve chosen.

Where distributor gears may work if replaced individually, the failure rate increases greatly if you don’t replace both the distributor gear and the camshaft drive gear on an AMC V8 as a matched set. There are at least three versions of gears, each with a slightly different pitch, so it’s hard to know which one is in your engine. This is why a lot of AMC distributors are sold without a gear.

Also, it never hurts to coat the distributor gear and the cam gear with break in paste on any engine to help “bedding” in of the components. In the case of AMCs, do not get this paste into the four holes on the cam gear.

The distributor drive gear has four holes amongst the gear teeth where pressurized oil is fed to the distributor gear. When this gear is installed, it is critical that the holes are not obstructed by the camshaft snout. The camshaft to the end of the gear has an open area so oil can feed through these holes. Make sure the oil holes all align and if they do not you can use a round file to clearance.

In the case of a higher RPM AMC engines, it’s a good idea to have the gears’ hardness tested.

Using a gasket scraper, clean all ­carbon deposits from valve heads. Follow this by cleaning with a wire brush and solvent. Keep all valves organized so they will be put back in their original locations in the head.

Then, using a caliper, check each valve’s length. Any valve measuring over .003” less than the original valve length should be replaced.

Inspect each valve tip for wear. If the valve stem tip shows wear, resurface the tip. Check the valve length again. If it is over .003” less than the original valve length, replace the valve.

(Revised from an article on reconditioning a OHC cylinder head)