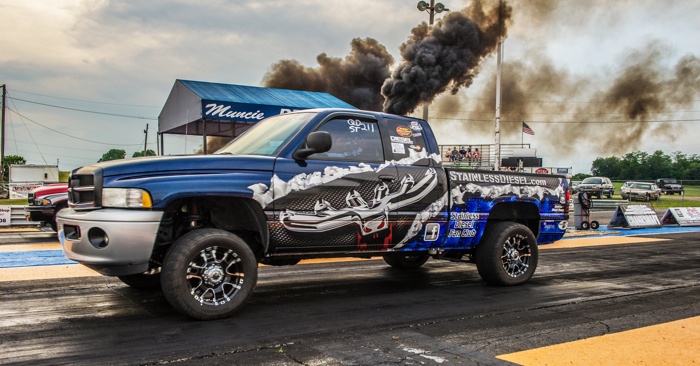 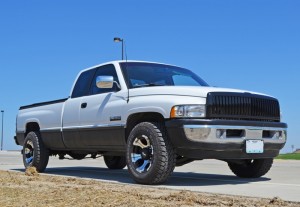 Why should you offer more when rebuilding a diesel engine? Because any shop can rebuild the OEM block or buy a direct replacement, but that will yield lower profits.

Rebuilding a diesel engine with slight power modifications will get you more customers and offer you higher profits because of the modifications made that not everyone can do or has the knowledge to do.

The diesel performance surge happened because of easy bolt-on products that quickly boosted the horsepower and torque of diesel engines. What’s more sexy than a big 4×4 truck with horsepower?

They soon found out that adding modifications increased power but also caused failure of the OEM engine components. It’s only logical that you take a OEM engine rated for 350 hp and up it to 600-800 hp that internal parts will start breaking. 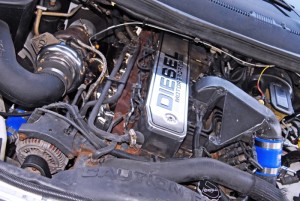 A stock 5.9L Cummins can easily be rebuilt into fun street diesel truck that can be brought to the diesel event – before and after! This is a project truck I bought a couple of years ago that was a plain stock old man’s truck with 220,000 miles on it. It has tons of power and gets 23 mpg on the highway.

This caused a huge demand for internal engine parts when they needed their truck’s engine rebuilt.

At the height of the diesel performance surge came a hiccup. The EPA went after the tuner companies producing boxes that deleted the DPFs on 2008 and newer trucks. This caused some setback, but the rural market is made of individuals that cannot be told what to do with their dollars and trucks.

It actually caused many shops to go do what they do best, build a strong diesel engine that can withstand the added horsepower over OEM components. They already were doing this by rebuilding the blocks that engine-grenading, bolt-on truck owners were ruining.

Now the engine is built stronger by adding high horsepower and torque made parts manufactured for this purpose. Pistons, rods, cams, dampers, gaskets, head bolts, heads, springs, rings, and more are now made stronger for the performance diesel engine, including the drivetrain and transmission.

This opens the market for any shop doing engine work because there are thousands of used diesel trucks currently on the road that all have more than 200,000 miles and some sort of performance upgrades, which means those engines will eventually need rebuilding. These truck owners are not looking to have the OEM engine rebuilt; they want the newer performance engine components installed so they will not grenade the engine again.

These kinds of customers will not only be looking for a professional engine shop, but they’ll spend some dollars on upgrades. That is called opportunity for engine building shops to expand into new builds. A moderate diesel build punching horsepower between 500 and 800 could fetch a ballpark quote between $15,000 and $30,000. It goes up from there from $38,000 to $75,000 for an engine that is 900-1,500 hp when completed.

So how do you get into the performance diesel engine building business? Start by doing what you do best, inspect the block and materials you have to work with on the rebuild and then map out what parts are needed. Most of these diesel performance parts are now being carried by mainstream warehouse distributors that you’re probably already doing business with. 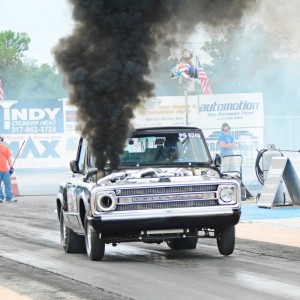 What I thought originally as a
Show-N-Shine truck turned out to be one of the fastest diesel trucks in the U.S. Brett Deutsch’s 1969 C-10 with a rebuilt Duramax in it runs in the high 8s and low 9s in the ¼ mile. Deutsch Truck and Diesel Repair did the work on the truck with help from Danville
Performance in Indiana.

Now to get into what diesel guys are looking for in a performance engine rebuild, and it’s what’s inside that counts.

The National Association of Diesel Motorsports is proud of our relationships with some great suppliers to the diesel industry. These national sponsors have worked with our association members to ask questions and provide answers to some of our most pressing needs.

Years ago an engineer from Mahle Motorsports asked me what they could do for the diesel guys and I told him make a lightweight piston that is coated so the diesel guys can’t burn a hole in it using NOS and other accelerants. That’s exactly what they did and now they have three different levels of pistons for diesel trucks.

Other items that are needed are heavy-duty rod/head bolts and fasteners by ARP; the OEM fasteners just cannot take the extreme torque. Also, gaskets need to be made for performance and a lot of research has gone into that need for us by Victor Reinz. Each diesel motor requires a different set of components and these companies have made the effort to engineer those products – and support our association’s efforts.

Any motor achieving more than 4,800 rpm in our competition rules require a SFI damper and the most updated damper by SFI is ATI Diesel Dampers. If it is good enough for NASCAR then it speaks volumes for our diesel truck horsepower and torque.

Another important bottom end item is an engine girdle kit to provide block rigidity needed for high torque applications. The torque these engines can generate can actually twist the engine block and stress it. A few companies provide these and other smaller engine parts like Haisley Machine and Industrial Injection. 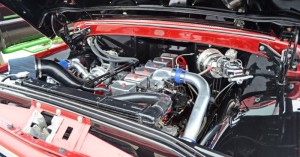 James Knight of “Diesel Pickup Shop” in Geneva Nebraska not only rebuilt his 1961 Ford into a show truck with a 5.9L Cummins, but turned his one-of-a-kind Fummins into a
competition vehicle at a DIESEL Motorsports show in the Burnout Contest (he also took 1st of Show in “Others” category in the Mothers Show-N-Shine). This kind of rebuild is special but it shows what can be done to just about any vehicle.

Now don’t forget about adding a few bolt-on items that most of the diesel guys are looking for in a rebuild like injector pumps made for higher performance or turbos and exhaust manifolds!

Injector pumps come in many different configurations so make sure to match them with your injector and turbo placement in the engine. Many of the injector shops can make recommendations and assist you in choosing correctly for your client. Some of the best in the industry are Haisley Machine and Industrial Injection.

I recently installed an exhaust manifold from Stainless Diesel on my Cummins 12v and not only did it make the engine look good being polished but the performance gains were noticeable. There are a lot of turbo manufacturers out in the industry but I do caution people to use the best quality materials. You get what you pay for and when you are building a quality engine do you really want to provide your client with a cheap component? I suggest using turbos with solid internals from companies which are well known in the industry.

Again, go for quality when shopping injectors. Do not use inferior, cost-lowered, foreign injectors. Go with reputable name brands that are known in the diesel industry. Be sure to use a professional shop that is known in the industry for custom tuning these injectors to the build of the engine. I suggest Exergy Performance. They tune each set exactly to the needs of the client and their engine.

Don’t think that if I haven’t  mentioned a quality supplier you’re familiar with that you shouldn’t continue your relationship. There are a lot of great suppliers out there…these are particularly good partners in our association. I know personally that competitors have used the companies and shops I have mentioned and have given me creditable reports of their quality and service. 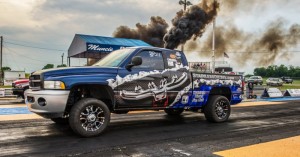 Johnny Gilbert of Stainless Diesel races this truck in the low 10s, drives the kids in the local school to events under a local benefit program and uses it to show what can be done to an engine in these diesel trucks. Photo Credit: NADM/DIESEL Motorsports

By service I mean people who stand behind their products and reply to customers with concern if a problem arises. So much of the industry has been stung by web-based bargains with no return calls when their product does not perform. Many people are getting tired of that treatment. They are looking for quality shops and people to deal with on a weekly basis so this can open a big door for many of you.

The diesel market has been growing since 1999 and has reached all areas of the country. The concentrated area of involvement is still the Midwest from Missouri to Pennsylvania, and because a lot of the diesel market is rural, personal relationships and American-made products are essential.

The diesel market is a multi-billion dollar industry, so make an extra effort to be part of it. Larger profits, more business and greater satisfaction will give your shop a much-needed boost along with some fun in the diesel industry.