How Will the New Tax Cuts and Jobs Act Impact Your Business? - Engine Builder Magazine The late-2017 tax overhaul known as the Tax Cuts and Jobs Act (TCJA) is the most sweeping change to the federal tax code in at least 30 years. It calls for lowering individual and corporate tax rates, repealing many tax credits and deductions, enhancing the child tax credit, boosting business write-offs, and more. The law also impacts the Affordable Care Act (ACA), effectively repealing the individual shared responsibility requirement. Whether or not that part of the change will remain is unclear at the time of this writing.

Note: Many of these changes are temporary. This temporary relief for individuals will be short lived. These rollbacks, if continued, will result in a tax revenue loss of hundreds of billions, if not, into the trillions of dollars. Congress has not and will not guarantee to extend these cuts for individuals, so it looks like the middle class will eventually pick up the bill. 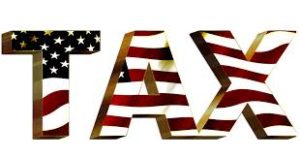 Note: These rate changes will expire after 2025.

Starting in 2018, the new law calls for a 21-percent corporate tax rate, compared to the current max rate of 35 percent.

Even though the current maximum corporate tax rate is 35 percent, many corporations now pay an effective tax rate that is far less. Under the new law, the corporate AMT (Alternative Minimum Tax) has been repealed and effectively lets some corporations pay even far less than the new 21-percent rate.

The new law increases the 50-percent “bonus depreciation” allowance to 100 percent for property placed in service after September 27, 2017, and before January 1, 2023 (January 1, 2024, for longer production period property and certain aircraft). A 20-percent phase-down schedule would then kick in. It also removes the requirement that the original use of qualified property must commence with the taxpayer, thus allowing bonus depreciation on the purchase of used property.

The bonus depreciation rate has fluctuated wildly over the last 15 years, from as low as zero percent to as high as 100 percent. It is often seen as a means to incentivize business growth and job creation.

Note: This means you can buy or plan to buy new OR used equipment and take the full amount off of your taxes, for now.

The bill raises the cap placed on depreciation write-offs of business-use vehicles. The new caps will be:

The new, higher limits apply to vehicles placed in service after December 31, 2017, and for which additional first-year depreciation under Code Sec. 168(k) is not claimed.

The limitations are indexed for inflation for passenger automobiles placed in service after 2018.

Note: So there’s less difference between the Section 179 expensing and bonus depreciation if they both give 100% write-offs for new or used property. Remember that Section 179 expensing requires property to be used at more than 50% for business purposes or it may be subject to recapture, but Sec. 179 allows you to decide to expense only certain qualifying assets within any asset class.

Note: Go out and buy that new dyno, but you’ll have to stretch out the expense over 5 years of taxes.

The law caps the deduction for net interest expenses at 30 percent of adjusted taxable income, among other criteria. Exceptions would exist for small businesses, including an exemption for businesses with average gross receipts of $25 million or less.

Note: This part is an attempt to “level the playing field” between businesses that capitalize through equity and those that borrow.

Currently, owners of partnerships, S corporations, and sole proprietorships – filing as “pass-through” entities – pay tax at the individual rates, with the highest rate at 39.6 percent. The law states a reduction in the percentage of the deduction allowable under the provision to 20 percent (not 23 percent), a reduction in the threshold amount above which both the limitation on specified service businesses and the wage limit are phased in, and a modification in the wage limit applicable to taxpayers with taxable income above certain threshold amounts.

Note: The law would prevent pass-through owners – especially service providers such as doctors, lawyers, engine tuners, etc. – from converting their compensation income taxed at higher rates into profits taxed at the lower rate.

The law changes current rules for net operating losses (NOLs). Generally, NOLs would be limited to 80 percent of taxable income for losses arising in tax years beginning after December 31, 2017. The law also denies the carryback for NOLs in most cases while providing for an indefinite carryforward, subject to the percentage limitation.

Like it or not, the new tax law looks to be a good thing for many businesses, at least in the short run. Long-term economic effects will continue to be debated for some time. Whether you are a small business owner or work for one, as always, the best advice is to consult a professional and make sure you are planning for the long road ahead.

To speak with Kevin Stack, owner of Noble Venture Financial Group about your shop’s financial situation – or anything else – you can reach him by phone at 919-279-3846. Or email him at [email protected].