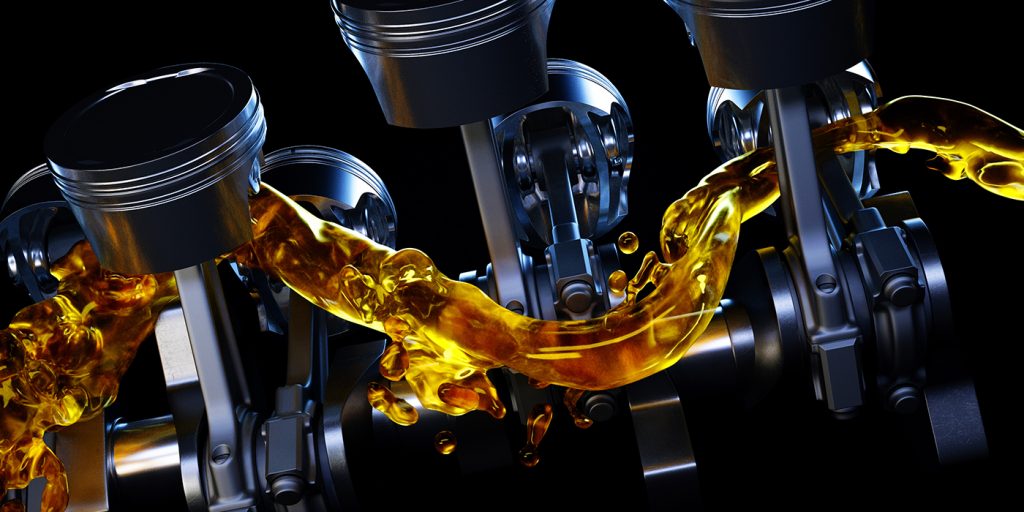 The Toyota Camry and Chevy Silverado are both among the best-selling vehicles in the United States. These vehicles vary greatly from each other, both in appearance and in function, but despite this stark contrast, both vehicles have shown the same trend over the past 20 years: the viscosity of the engine oil recommended for their engines have decreased.

In 2000, the typical Toyota Camry used 5W-30 oil in its engine, while the Silverado ran on 10W-30 oil. In 2020, the Silverado recommends 0W-20 engine oil, while the Camry four-cylinder model is best run with a lower-than-ever 0W-16 oil. These decreases in viscosity on newer model vehicles are the result of rapidly improving technology, but are rarely appreciated by the motorists that utilize them.

Engine oil is something the typical motorist rarely thinks about, and when they do its usually during their one or two oil changes per year. Many drivers are also unaware of what type of oil is put into their engine during these oil changes. Modern engine oil is rated with two numbers and is known as multi-grade oil. These oils are rated for their viscosities at their operating temperature and at cold temperatures. The W actually stands for winter. In the case of 5W-30, the engine oil has a cold rating of 5 (as noted by the W) and a hot rating of 30. Engine oils with lower ratings are thinner than oils with higher ratings, so a 20W-50 oil is much thicker than a 5W-20 engine oil.

Another comparison between three vehicles that have remained on the US top-10 list for the years 2000, 2004, 2009, 2014, and 2019 shows a similar trend. Much of this decrease in viscosity can be attributed to more ambitious fuel economy goals in recent years. These changes include the decrease in the average engine size and the implementation of hybrid technology that creates less strenuous engine conditions.

One of the largest drivers of thinner oils is the rapid development and perfection of hybrid technology. If you wanted to own a hybrid in 2001, your options were to buy a Toyota Prius or a Honda Insight. In 2020, the selection of hybrid vehicles is magnitudes greater than it was at the turn of the century. These last 20 years alone have built up virtually all the hype around hybrids, and when coupled with stricter fuel economy and emissions standards, hybrids are rapidly becoming the vehicle of choice for consumers.

Hybrid technology is also improving greatly with decreasing motor sizes, better battery packs and more refined systems. These technological advancements are great for reducing emissions and increasing fuel economy, but manufacturers also have another trick up their sleeve – thinner oils. Thinner engine oils cause less friction between the components of an engine and result in a lower amount of energy loss from the movement in the engine, but engage reduced oil film thicknesses, which may generate more wear and limit durability.

Hybrid or range extenders operate in general at lower oil temperatures, because they run periodically, and/or more on stationary revolutions when compared to transient and dynamic operations of the main internal combustion engine. The reduction in oil sump temperature, increase the oil viscosity and compensates the loss in oil film thickness.

Many automakers already on the quest to produce more fuel-efficient vehicles have adapted the use of thinner engine oils. Their rapid introduction of more hybrid vehicles amplifies this trend. Thinner oils anticipated in engines going forward have resulted in the application of thin film coatings and enhanced bearing and ring materials.

Some newer engines from Toyota and Honda sold in the EU require 0W-16 engine oil. 0W-16 has existed in Japan for around 10 years, but is a new phenomenon both in the U.S. and the UK. It’s so new in fact, that the International Lubricants Standardization and Approval Committee (ILSAC) needed to create a new standard specifically for 0W-16 oil in 2013. The ILSAC GF-6 specification is the first to be split into two distinct sub-specifications (GF-6A and GF-6B).

The split is caused from a discrepancy in the standard due to the fact that the SAE 16 grade is so new relative to the others. For reference, the SAE 20 grade was formerly the thinnest grade of SAE engine oil and was added to the list of SAE viscosity grades over 30 years ago. The ILSAC GF-6A specification mirrors previous specifications in that it is backwards-compatible with all former specifications, while also offering improvements to fuel economy and engine performance. ILSAC GF-6B functions similarly to GF-6A, but the latter is designed to further take advantage of the increased economy of xW-16 engine oils and below.

This may sound like a breakthrough on the surface, but the reality is actually closer to the opposite. As implied earlier, Japanese auto manufacturers are rolling vehicles off the assembly line with never-before-seen (in the U.S.) oil viscosities, but these don’t stop at 0W-16. Recently, the Japanese Automobile Manufacturers Association (JAMA) proposed a 0W-8 viscosity rating. The issue at hand is that in the past, oil viscosity ratings were included in the ILSAC and SAE specifications years before the technology was perfected. The 0W-20 oil grade was added to the list of SAE viscosity ratings almost two decades prior to its perfection.

By comparison, vehicles are already on the road today in the United States that utilize 0W-16 engine oil, and the ILSAC GF-6 specifications only became official as of May 1 this year, almost three years after the aforementioned Toyota Camry running 0W-16 started driving off of dealership lots.

Satoshi Hirano of the Toyota Motor Corporation claims that 0W-8 technology is almost ready, but the engine oil standards are rapidly falling behind. As a result, the licensure of any SAE 0W-8 products will have to wait until ILSAC GF-7 or beyond, which is not expected to occur until at least 2023.

In 2020, the general trend is that engine oils are getting thinner, but oil standards are failing to stay ahead of the curve. The increasingly ambitious fuel economy goals coupled with the rapid development and refinement of hybrid technology helped to pave the way for 0W-16 and the soon-to-be ready 0W-8 oils to become the new normal in engine oil. However, the development of the proposed engine oil standards may be a hinderance that prevents these oils from entering widespread use in the near future. Engine oils will continue to thin regardless of the standards they are held to, but only time will tell how commonplace these ultra-thin engine oils will become.

The question to consider is, how much thinner can engine oils get in the future? The SAE 0W-8 has a high-temperature-high-shear (HTHS) viscosity of roughly 1.4 mPas, which is close to water at 20°C with 1 mPa.

Secondly, the smaller the viscosity, the smaller the backbone of the base oil molecule and therefore the higher the physical NOACK evaporation. Engine designers look onto the HTHS as a minimum requirement for the oil film thickness under hot operating conditions. The most viable option for further improving the fuel economy beyond SAE 0W-8 is to increase the viscosity index, because the kinematic viscosities at 40°C and 100°C can be further lowered, which is useful for transient driving profiles, while keeping the HTHS for durability. This approach favors synthetic hydrocarbons, esters and polyglycols. EB