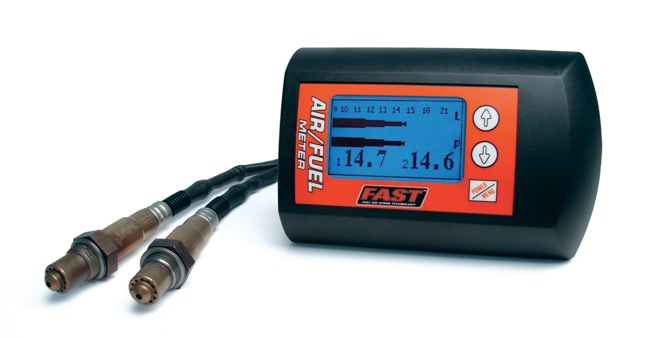 Changing the fuel pressure on an EFI System is an effective method of affecting engine performance and making more power. However, there are many do’s and don’ts, and rules of thumb that can be frustrating to learn the hard way. 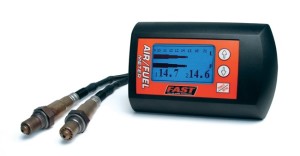 A wide-band sensor based digital air/fuel meter seen here is a very ­affordable tool that every engine tuner should have in their tool box.

Below are many small, but key points, tips and insights all engine tuners should to know and understand before cranking on that adjustable regulator.

1.) Install a fuel pressure gauge before removing the stock fuel pressure regulator and leave it installed until final adjustments are made to the new one.

2.) Do NOT use liquid-filled fuel pressure gauges on any automotive tuning application. By design, they cannot provide consistent readings as the gauge temperature changes.

3.) Begin by setting your adjustable regulator to the same fuel pressure as the stock regulator. Remember, always remove the vacuum/boost line from any regulator when checking or adjusting “base” fuel pressure, then, remember to reconnect it before driving!

4.) Initial changes in fuel pressure for performance tuning should always begin with adjustments towards a higher pressure than stock. This helps to find where the engine wants to be for fuel, while avoiding an engine damaging lean condition in the beginning stages of tuning.
EFI, performance, fuel, racing, fuel pressure
5.) Make small, incremental changes and measure the results after each change. Tuning on the wheel dyno or at the track makes any affect on performance easy and safe to observe and evaluate.

6.) Once noticeable improvements in performance STOP occurring, STOP ADJUSTING PRESSURE, especially if you’re gaining HP by going to lower pressure (leaner) settings. For engine durability, it is strongly recommended that the final fuel pressure setting be 1-2 psi above the pressure that produced lean best power.

7.) The objective of changing fuel pressure is to optimize air/fuel ratio (AFR) for best wide-open-throttle (WOT) power. Tuning with the aid of a wide-band O-2 A/F meter is strongly advised.

8.) Adjusting the base fuel pressure of most modern, EFI engines will initially affect both the WOT and idle/cruise AFR. However, the permanent affects are mainly to WOT AFR only. Make fuel pressure changes based on WOT AFR and ignore drivability/ cruise AFR until WOT is correct and safe!

9.) During low load cruise, most engine management computers run in “closed loop”, using the stock O2 feedback to constantly trim injector pulse width (fuel delivery) towards the lean best AFR of 14.7:1. This target A/F is commonly referred to as “stoich” or “stoichiometric” and is the chemically correct balance of air and fuel for a complete burn.
The computer “learns” what is necessary to maintain “stoich” and stores this information until the learned memory is cleared by disconnecting the computer from the battery for 5 minutes or more.

11.) With gasoline; A 10:1 AFR is VERY RICH. A 20:1 AFR is VERY LEAN. Best WOT AFR varies with the engine combination and the fuel used. Natural aspirated (NAS) engines burning gasoline will make best power between

12.0:1 richest and 13.2:1 leanest. Forced induction combinations like to be richer than a similar NAS engine. They should never be leaner than 12.5:1 and may go as rich as 11.0:1 for high-boost on pump gas. Always start with the richer AFR,then, gradually work leaner while closely monitoring power and looking carefully for signs of detonation.

12.) Changing fuel pressure to solve drivability problems, with a stock computer, may yield only temporary results. Adjust fuel pressure to achieve a desirable WOT A/F, then, leave it alone.

13.) For best drivability with a stock computer, once fuel pressure is set to produce the correct WOT A/F, unplug it to clear all learned memory, then plug it back in after 5 minutes and drive the car for several days, allowing the computer enough time to learn a new strategy for best drivability and performance in closed loop. If drivability problems still exist after several days, consider a custom chip or “flash” to the stock ECU to help regain good “closed loop” performance.

15.) Remember, as fuel pressure is raised higher and higher, the flow available from the fuel pump gets smaller and smaller. This is particularly applicable to forced induction combinations with an FMU. If fuel pressure must be raised excessively, be certain you have more fuel system than you think you need in order to assure there is enough flow when the pressure is at it’s peak.