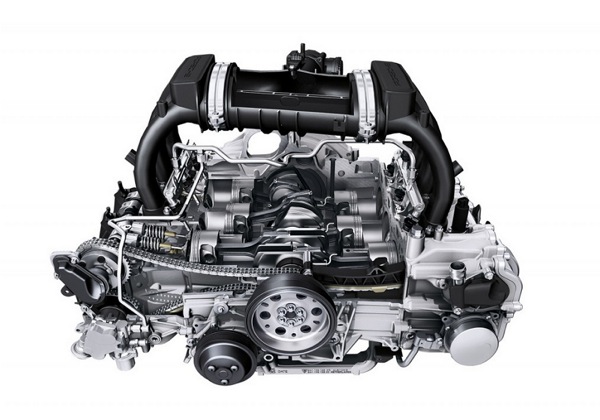 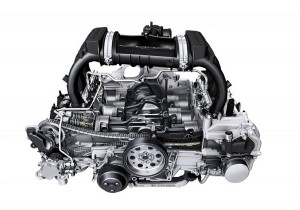 Porsche’s decision to develop a new four-cylinder engine stems from its need to improve fuel efficiency and emissions ratings across its model line.

The new engine will come standard in the Boxster and Cayman models. There has been talk of a four-cylinder 911, but that’s rather unlikely.

The new engine features a horizontally opposed, “boxer” engine, denoting a flat configuration where the pistons move synchronously in and out, as opposed to in an alternating rhythm. For a displacement, we’ve heard 2.5 liters thrown around as the magic number, but that may be subject to change.

Expect the new engine to come in either direct injected or turbocharged variants. Engine output would probably max at around 395 hp, which is higher than the current output of even the most powerful Boxster and Cayman model variants.

There has also been talk that an entire new family of flat four engines will be developed. The 2.5L variant mentioned above would be the most powerful, but 1.6L and 2.0L variants are also reportedly in the early stages of design. A 1.6L variant would put out 210 hp, the 2.0 would produce 286 hp, while the aforementioned 2.5L would have a base output of 360 hp.

Since the next generation of Cayman and Boxster aren’t due for quite some time, it’ll be at least near the end of the decade by the time this engine sees production, unless the engine appears in the face-lifted versions due to be released in 2016; this is possible but less likely.

Porsche also employs a 2.0L straight four in its upcoming Macan crossover, but that one isn’t anywhere near as powerful or as advanced in terms of efficiency.