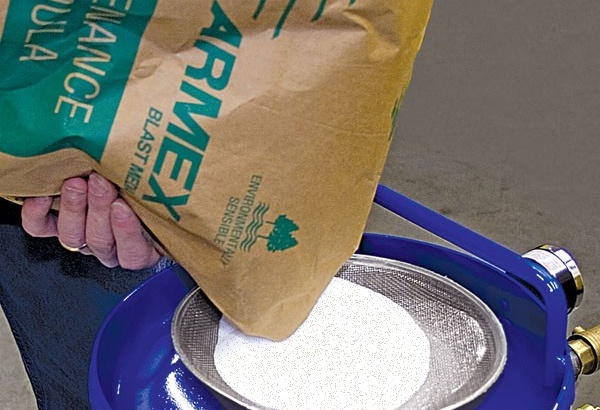 You might not have even realized, but by being an engine builder/rebuilder alone, you’re already contributing to making the environment a greener place. That’s right, it takes less energy and less material to rebuild an engine than it does to build a brand new one. So since you’re already being ‘green,’ why not go a few steps further?

In the engine building industry there are many things shops can do in order to decrease the size of that carbon footprint, all while becoming greener, more efficient, safer and saving some money. In the same breath however, you could be missing out on these advantages if you’re ignoring the green trend.

“Green is obviously a trend, but the more green you go, the safer your shop can be, the less materials you’ll have hauled off and disposed of, and the more efficient you’ll become,” says Robert McGraw, vice president and COO, AER Manufacturing, Inc. “You have to be conscious of being green, but it needs to make business sense for you.”

You can’t just be green for green’s sake. Going green and utilizing these practices has to make sense for you and your shop.

“That’s part of the reason why some guys don’t do things that are green because they have always done things a certain way, and they think changing it will cost them money – but it’s not, if they look at it the right way,” McGraw says.

“You don’t know what you’re missing out on,” he says. “You might be hanging out a bunch of money to have stuff hauled, but you don’t need to because you could be using corncob to blast your material instead of some crazy toxic stuff. You could be leaving money on the table and it could be a win-win if you would have tried.”

In tangible terms, that is an energy savings of nearly six tons of coal or 1,008 gallons of crude oil. Rather than replacing vehicles, Jasper-remanufactured engines, transmissions and differentials saved enough energy in 2007 to power an estimated 598,000 households, or every residence in a city the size of Washington, DC, for an entire year.

How can you argue with results like that? Obviously, production engine remanufacturers like Jasper and Dallas’ AER, build at a different scale than the typical custom engine shop, but there are countless ways to green your shop.

“One of the things we use are reusable plastic pallets,” McGraw says. “You just wash them off and reuse them rather then having them hauled off to the landfill.”

Jim Burra of Endural, LLC also suggests reusable plastic transportation cases as a way to be greener and save money.

“Reusable plastic transportation cases for engines, as well as those for transmissions, cylinder heads and rear axles, save the environment and also save money,” Burra says. “Like plastic pallets, returnable plastic cases can be cleaned and reused for many years. They also provide a more secure method for shipping rebuilt products and for receiving cores back in good condition.”

Another thing AER does, which is a really good green initiative is evaporate all of its fluids.

“If you have anything with a water base in it such as soak tanks or mop water, we evaporate the water from it and then have someone haul off the sludge,” McGraw says. “The water evaporation really makes sense. The ROI can be figured out on how much you have hauled off and how much that evaporation system is going to cost you. That’s a system that would be useful in a lot of midsized shops. I save a ton of money on those because they have to haul away 10% of what they would if it had the water in it.”

Evaporators are used for any water-based cleaners – mop water, floor-scrubbing machines, soak tanks, etc. Jasper uses a different technique, but does so with similar intentions.

Jasper has implemented bioremediation as a means to clean the water used throughout its remanufacturing process. This process allows an enzyme to break down contaminates into a form which microbes can consume. The microbes naturally transform hydrocarbons (oil, fuel and solvents) into carbon dioxide and water.

If you’re looking to continuously improve and become greener, many of the regulations that are in place can help you green your facility.

“Following guidelines from external auditors helps you make sure you’re doing what you’re supposed to be doing in your everyday operations,” McGraw says.

Aside from regulations, one of the easiest green things to do is reuse and recycle. Purchase reusable or recyclable products whenever you can. Reduce or eliminate the hazardous materials that you use. According to the Department of Public Works in Santa Cruz, CA, materials that have the potential to be recycled include the following: oil, coolants, cleaning solvents, oily rags, and metal chips. Recycling is not only good for the environment it is good for business. Often times, it is cheaper to recycle and you may even be able to get a return on your recycled goods.

According to the EPA, oil is one of the best recyclable/reusable materials found in engine shops, and can be used again and again. An estimated 380 million gallons of used oil is recycled each year. Oil can be reconditioned, refined or processed and burned for energy recovery. Now, you’ll have to have it hauled off to contribute to this cause, but to do so, make sure you keep used oil in containers or tanks and label them accordingly. Make sure these containers or tanks don’t leak, rust or deteriorate.

Metal is another common material. At Jasper, when drivetrain cores are disassembled, all non-usable metal and aluminum parts (4,057 tons annually) are sent out for reclamation. In addition, many of the new parts that go into Jasper products come in cardboard packaging, which the company recycles to the tune of 73 tons annually.

Another easy step to take is changing the type of materials you use in cleaning and blasting processes.

“A lot of the materials used in cleaning processes from dirty engines are going toward greener solvents,” McGraw says. “These are not only green, but safer. You can also look at different blast materials.”

Jasper has also changed its cleaning process. Coal slag or Armex (baking soda) blasting agents have taken the place of many solvents used by the company during the core cleaning process. Other examples for green blasting are corncob, walnut shells, as well as glass bead and aluminum oxide, which are recyclable.

If energy saving is important to you, or if you’re looking for another simple green idea, the type of lighting in your shop is a place to start.

Motion detection lighting has been introduced throughout the production facility at Jasper. Sensors detect movement, which activates the bulbs, illuminating the area. This reduces electricity use and the bulbs are biodegradable.

Other lighting ideas include implementing dimmers and/or timers to save energy and changing out incandescent bulbs for Compact Florescent (CFLs) or LED bulbs. CFLs are those swirly bulbs that look like soft-serve ice cream cones. Economically speaking, they cost a bit more than an incandescent, but use about a quarter as much energy and last many times longer (usually around 10,000 hours). It is estimated that a CFL pays for its higher price after about 500 hours of use. After that, it’s money in your pocket.

LEDs, or light emitting diodes, are a technology that allows for extremely energy efficient and extremely long-lasting light bulbs. LEDs cost a bit more than even CFLs, but use even less energy and last even longer. An LED light bulb can reduce energy consumption by 80-90% and last around 100,000 hours.

For those shops that do some machining, there are steps you can take too to become greener, such as using oil-based metal working fluids versus those that contain chlorinated compounds.

No matter how big or small the benefit of going green may be to your shop, every little bit counts and can go a long way to improving business and the environment. Future ecological challenges will be greatly reduced if consumers are driven by environmentally conscientious decisions. But in order for that to happen, businesses such as engine shops need to start going green.