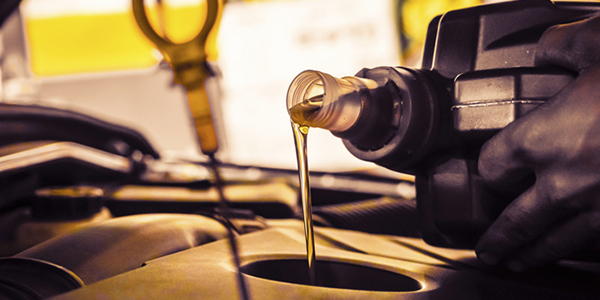 A proper break-in oil is formulated from the ground up to be a break-in oil. Many of the surface-active chemistries that would be in a regular race oil are reduced or removed in a break-in oil.

Today’s engines have good oil flowing to almost every engine component except one – the camshaft. The oil’s ability to reach the top of the engine may be limited at best. Using a windage tray, or modifying connecting rod side clearances for less oil splash, reduces the amount of oil that reaches the camshaft.

Custom oil pans further complicate both the break-in process and camshaft lubrication in general. While windage reduction frees up horsepower, proper supply of oil to the camshaft and lifters will keep the engine from coming back in pieces. You may painstakingly select the components for your engine build, but how much attention are you giving to the oil you use for the break-in process?

Break-in oils have existed long before the flat-tappet cam break-in fiasco of the mid-2000s. There is even a chapter dedicated to break-in oils in the “SAE Lubricants Handbook.” It was commonplace for OEMs to use break-in oils before car leasing became popular. As the EPA fuel economy requirements tightened, the need for less maintenance and better fuel economy ended the use of break-in oils as factory fill in new vehicles.

However, the reduction of ZDDP (Zinc) and increase in detergent additives as part of the API SM oil specification in 2005, brought break-in oil back into play. In 2005, Joe Gibbs Driven (now known as Driven Racing Oil), introduced a break-in oil specifically designed to address the flat tappet cam break-in issues associated with the new specification of oils. During this time, Joe Gibbs Racing’s engine shop began experimenting with a custom blended oil because they were having flat tappet break-in problems of their own with the oil they were using. A solution was found, and then the team noticed others in the same boat. The Driven brand was born and was the first high zinc, low detergent, petroleum break-in oil offered to the engine builder market.

However, blindly throwing large amounts of anti-wear chemistry at it doesn’t achieve the most effective break-in either. “A certain amount of wear must be allowed for proper break-in to occur,” says Marcella. “So, if huge amounts of ZDDP are used in a break-in oil, too large of an anti-wear film can be formed, actually preventing removal of surface asperities and delaying break-in. Further, the unnecessarily large films of excessive ZDDP can hinder power, creating a situation that is not ideal for a high-performance engine.”

Marcella claims that Maxima’s break-in oils achieve faster ring seating and increased power output by balancing the chemistry. “By using the proper anti-wear chemistries in the correct amount and balancing them with the rest of the formulation, we can achieve more power and a quicker ring sealing.”

Driven Racing Oil’s Lake Speed Jr., says that break-in oils and race oils differ dramatically in terms of chemistry, and that is because they have very different jobs. “While the race oil is designed to reduce wear and increase horsepower, the job of the break-in oil is to allow a controlled amount of wear. As such, race oils are loaded with friction modifiers and other components that reduce friction. On the other hand, break-in oils don’t contain friction reducers. Piston rings are especially sensitive to low friction oils during break-in. For these reasons, break-in oils are typically petroleum-based (non-synthetic) and don’t contain friction modifiers.

Because break-in oils are also designed to protect camshafts and valvetrain parts during break-in, they typically contain higher levels of ZDDP. The extra ZDDP in break-in oils prevents scuffing of flat-tappet cams and galling of pushrod tips during initial break-in. A properly formulated break-in oil doesn’t require an additional ZDDP or other additives for break-in. In fact, too much ZDDP can actually increase camshaft and valvetrain wear. Everything on chemistry is a balancing act, so be careful not to fall into the “if a little is good, more must be better” trap.

Technically speaking, break-in oils contain higher levels (typically double) of secondary ZDDP, which is the most active type of ZDDP (there are multiple types of ZDDP). Also, break-in oils are generally low detergent (like the old days of straight 30, non-detergent for break-in). The lower detergent level allows the secondary ZDDP to be more effective. Lake Speed says that compared to off-the-shelf diesel oils (high detergent), break-in oils, like Driven’s BR40, reduce break-in wear by more than 30% and improve ring seal.

Various chemistries within a regular race oil will slow down or completely prevent the break-in process. Marcella says, “Most race-specific oils have ZDDP levels that are too high to allow the removal of surface asperities required for proper break-in and also contain higher levels of other surface-active chemistries that will also prevent removal of said asperities.”

Break-in oil uses chemistry to smooth the load-bearing parts in the engine. Smoother surfaces can carry more load, exhibit less material fatigue and reduce friction, according to Speed. “By reducing valvetrain wear during initial break-in, overall engine wear is reduced. Because oil filters never remove 100% of the contaminants in the oil, the wear debris from the valvetrain (especially from flat tappet cams) causes abrasive wear in other parts of the engine. Used oil analysis has proven that lower iron wear metals (typically valvetrain) during break-in reduces aluminum, copper, tin and lead (from pistons, bushings and bearings). The bottom line is that all engines benefit from break-in oil, not just flat tappet camshaft engines.”

How long should you leave a break-in oil in before draining for proper race oil? According to Speed, they recommend a 20-minute initial break-in at 2,800 rpm with 10% applied load on a race engine. After that, change the oil filter and top off the oil level. With the engine warmed up, begin making sweep tests and gradually bringing up the peak rpm of the sweep until the engine has run to full rpm several times. Once the power level plateaus from test to test, stop the engine and drain the break-in oil. The engine is now ready for the race oil.

Marcella says Maxima doesn’t tell professional engine builders how to break-in their engines. It’s is a preference for each engine builder how to go about the process. “It is really up to the user and what they’re comfortable with based on their experience. Truly, once the compression targets are met and the engine builder deems the engine appropriately broken in, the oil can be changed for a regular race oil. Having said that, many users of Maxima break-in oil will continue using the oil as a regular oil. While we don’t recommend this and prefer users switch to a regular race oil, if the user is getting good performance, it’d be hard to argue with those results.”

One of the most critical functions of motor oil is to remove heat from a sliding metal-on-metal surface. The oil cools as it flows through the bearing and removes the heat caused by friction similar to air flowing around a cylinder head. But in a break-in oil, you need to allow some friction and wear to happen for the camshaft and rings to seat properly.

Our resident chemist, John Martin,  told us a story about how when he worked at Lubrizol, they found a cure to a problem Mercedes was having with one of its diesel engines not breaking in quickly enough. He said that in the early ‘80s Daimler-Benz was using a high-TBN diesel engine oil as factory fill in all their engines to enable oil change intervals as high as 100,000 kilometers. The only problem was the engines were burning excessive oil, and customers were demanding rebuilds before the warranty period expiring.

What Martin and Lubrizol discovered was the high TBN diesel oil wasn’t allowing enough ring wear to break the cylinders in. The harder piston rings combined with the cast alloyed cylinder liners and the diesel oil had reduced wear to the point that some of the engines were taking more than 50,000 miles to break-in fully. They found that most wear in the piston ring/cylinder wall was caused by chemical corrosion, not lack of wear protection (zinc). So, they formulated break-in oil that had lower levels of detergency yet adequate ZDDP levels to protect valvetrain components, and the problem was solved.

The concept has been proven many times over the years from the OEMs to NASCAR, and according to our experts, the results speak for themselves compared to using typical gasoline or diesel engine oils. If you don’t already stock your favorite brand of break-in oil, perhaps you should now.

Advertisement
In this article:Break-In Oil, oil