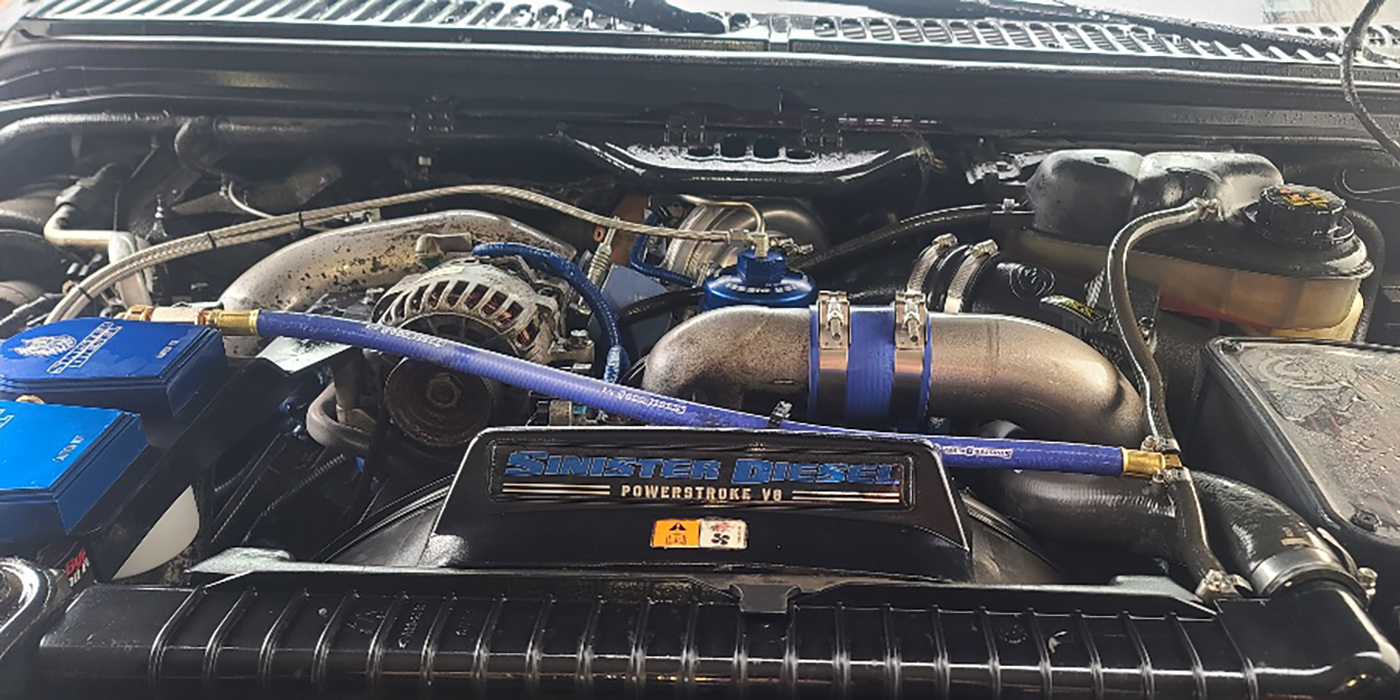 Having grown up in forestry, Steve Hart and his family were always working on their own vehicles and skidders in order to keep operations going day-to-day. Ever since Steve could walk, he would join his father and help him repair skidders, tractors and other vehicles his family would use for the business. You could say automotive and diesel work was in his blood.

When it came time for Steve to decide what he wanted to do in life, his father incentivized him to steer away from forestry.

“Growing up, my father said to me that if I ever went back into the forest industry he would kill me,” Steve Hart says jokingly. “There’s two things I knew how to do, and that was fall trees and fix diesels, so I went with diesel repair.”

Today, Steve is the founder and owner of NS Diesel & Automotive in Dartmouth, Nova Scotia, Canada – an 11-employee, 10,000 sq.-ft. shop that does repair, maintenance and engine work on the big three diesel platforms. In addition, NS Diesel does fleet work and heavy-duty and transport work out of the nine-bay shop as well.

However, before Steve opened NS Diesel just four years ago in May 2017, he cut his teeth in the industry at several other shops and was shown the right way to do things by those he worked for.

“I worked for a little shop in my hometown of Windsor, Nova Scotia for five years,” Hart says. “Fred Schofield was the shop owner’s name and I’ve got nothing but the most respect for that man. If it wasn’t for him, I certainly wouldn’t be where I am today. I’d do anything in the world for that old fella and I didn’t realize at the time what he was doing for me. When you’re a kid, you don’t realize the people who are looking out for you. I hated him then because he was my boss and he was hard on me, but looking back now, I certainly owe him my life.”

From there, Steve left to work at a Ford dealership, a stint that only lasted a year before he was offered a foreman position at another diesel shop. He spent the next five years there before deciding to go out on his own.

“My dream was always to run my own diesel shop and manage fleets and do cool engine builds and transmissions and rear ends and stuff,” he says.

Part of Steve’s passion for this industry, given his current position, is helping kids with a similar upbringing as his – rough and tough – who never had much of an opportunity given to them. Steve helps them get into this industry, if they have the desire, and teaches them the tricks of the trade.

According to Steve, NS Diesel is a process-driven shop that doesn’t use paperwork orders, rather they use iPads to take pictures and update customers on jobs via texts and emails as they go.

“From the minute the customer shows up to the minute they leave, it’s flawless,” Hart says. We’re a state-of-the-art digital shop. There was never really much of a market here in our little, old province of Nova Scotia for what we do. My main focus was on the big three and diesel repair, because other than the dealership, there’s nobody doing it. We have everything that the big three dealers have. We’re the dealership alternative.”

With the capability to do full engine rebuilds, maintenance and repair work too, NS Diesel has earned a good reputation and customer base in the area. Recently, a long-time customer came to Steve and the guys at NS with a 2004 6.0L Ford Powerstroke in need of serious attention.

“Right now, our big build that we’re doing is a 700-horsepower, 6.0L Ford Powerstroke,” he says. “This actually started with a long-term customer of mine. He had brought me an old 2004 F250 6.0L Ford that was just a rusted out, beat to death work truck. The head gaskets were so bad it was blowing the coolant cap off. He dropped it off and said here, man, see what you can do with it.

“We ripped the engine out and tore it down – it was just destroyed. It had like 600,000 kilometers on it (nearly 400,000 miles). It wasn’t really well-maintained. We got another engine out of a donor truck and had that fully overhauled.”

The rebuild started by boring the new engine .020˝ over. NS Diesel kept the standard rod and main bearings in it from Mahle. They used Mahle valve relief pistons and Mahle rings and o-ringed the factory heads after taking .010˝ off to increase the compression ratio some.

To cap off the rebuild of this 6.0L Powerstroke, NS Diesel utilized a BD Diesel Stage 2 Screamer turbo (10-blade 66mm/72mm) to help it hit the horsepower goal.

“It was brought to us as a rotten, old barn truck basically,” Hart says. “Now, you wouldn’t even recognize it. The 2004 Ford is used as a daily driver for the customer and his wife. That’s why we only kept it at 700 hp, because anything more than that is annoying as a daily driver.”