Not Those Jeeps Again! The Facts About 4.0L Cylinder Heads - Engine Builder Magazine

Back in the April 2003 issue of Engine Builder information was provided about the proliferation that occurred on the engine blocks
of 4.0L Jeeps starting in 1996 and continuing though the present.
Sound familiar? Well, you may remember the reference made to Popeye and
his "Jeep" friends.

The 4.0L came on the scene in 1987 and is still being used, however
2005 was the end of the journey in domestic production. This is an old school
inline six with lots of torque and there are still many of them out on
the road. Plenty of opportunity for you to see them.

This time we are going to take a look at the cylinder heads for the
4.0L Jeep. There are four of them and you really cannot swap them
around, so you had better know what you have and what fits where.

All years of 4.0L production used cast iron cylinder heads. In
1987-1990 the cylinder head casting number is 2686. The fastest VIP
(Visual Identification Point) on this head is the mostly rectangular
shaped intake ports (see Photo 1) that have an abnormal looking relief
at the top for injector clearance. Note also that the intake ports are
facing each other on the front two and rear two cylinders but the
exhaust do it on the center two. The exhaust ports are a rounded "D"
shape.

The 1991-1995 head castings (c/n 7120 and 33007119) appear identical to
the 2686 until you get to the port side of the cylinder head. There,
you’ll discover the VIP to be the intake port which now has much
smaller relief for the fuel injector and the exhaust ports now look
like a squared off circle or a rounded off square depending on your
perception (see Photo 2).

From 1996-1999, the Jeep 4.0L used head casting 0630. This cylinder
head has two receiver holes for two dowel pins that were added to the
block for cylinder head alignment (see Photo 3). The intake ports were
changed once again, and there was a newly designed rocker cover and
gasket on the scene, that will not retro back. Also, the move was made
to lighter pressure beehive-shaped valve springs and a different
profile cam.

Note in Photo 4: the center exhaust ports on this head run off a common
port without a divider at the gasket surface. This is the quickest VIP
of this head.

The 1999-2005 cylinder head has casting number 0331, and includes the
same two head dowel receiver holes. Surprise, surprise: the intake
ports have changed once again. As seen in Photo 5 they have
gone back to that small relief at the top type port
again, and the exhaust ports are the smallest that they have ever been.
The interior of these ports are very rough "as cast" and are very easy
to recognize. However the VIP on this head is the spark plug side of
the cylinder head where there are four new bosses to mount the coil
packs (Photo 6).

That should get you through the 4.0L Jeep heads and keep you out of the
"do-over" column. 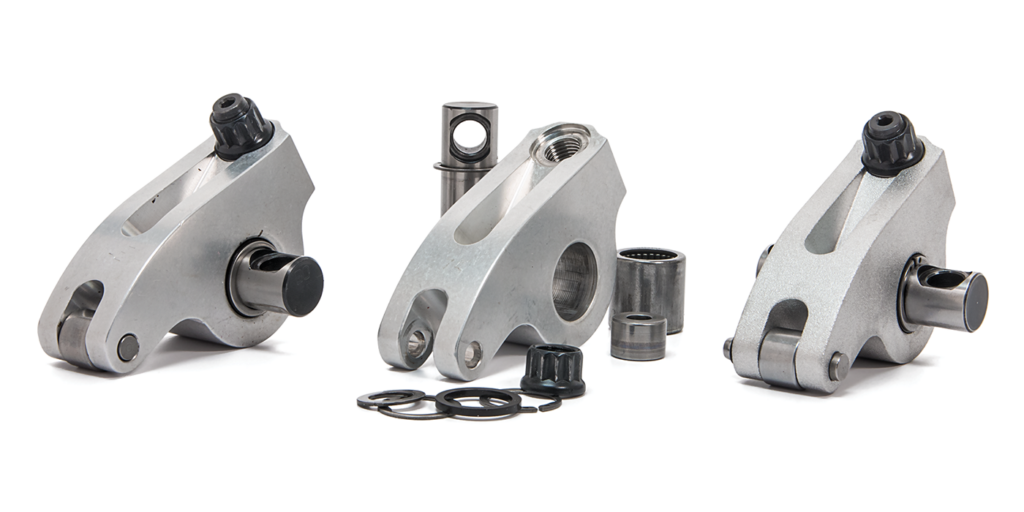 Now that the race season is over, it’s a great time to freshen up your engine. Many shops are calling on their race customers to get a jump on that rebuild work before things get crazy again quickly in early 2023. One rebuild service folks with Jesel components might want to consider is taking advantage of Jesel’s CPR department to inspect, update and rebuild your Jesel rockers, lifters and followers.