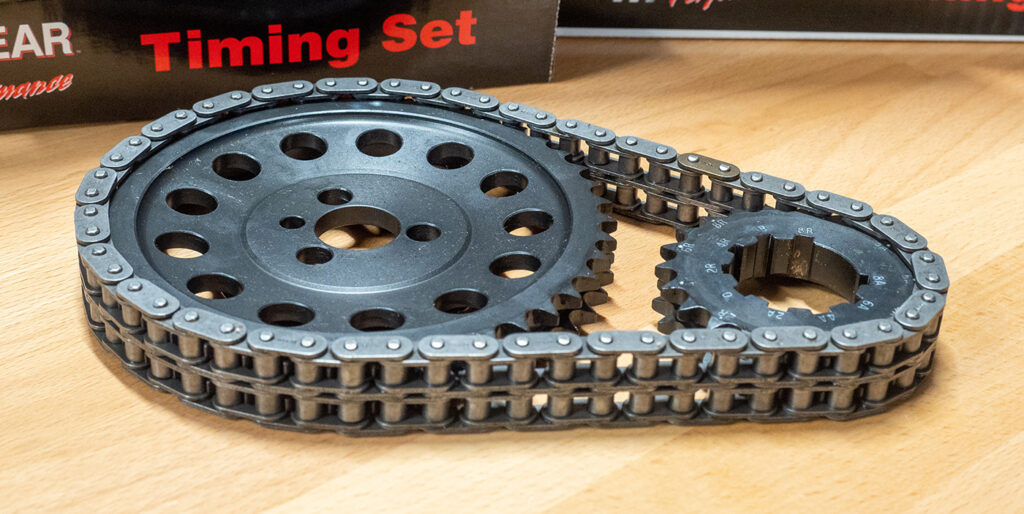 When you work as an auto technician, high performance is rarely a topic in your normal day-to-day routine. The majority of the motoring public bringing you their car simply doesn’t care or know about the nuances of an engine. They only want their car to start and run with no warning lights, no weird noises, cold air conditioning, and a good radio. If you can make all that work, you’re going to make most of your customers happy.

The interesting aspect of modern vehicle technology is that much of it, as it relates to performance, is a result of lessons learned from racing. In the context of engine performance, the same is true, and though most vehicle owners don’t care, as technicians we can easily draw parallels between an everyday driver and the high-performance characteristics that are associated with their engines.

One of the primary factors is engine timing. As engine builders know, degreeing a cam is critical for a high-performance build. If you skip the step, aside from the potential of engine damage, there’s a very likely potential for power loss, and while it might be comparatively minor, it’s just not acceptable. As technicians, this isn’t something we do as part of a standard repair, because again, our customer doesn’t care. If you’re replacing a worn-out timing chain or camshaft, your customer will be tickled pink that their engine runs good again, and timing only involves lining up the marks and moving on.

Years ago, nothing about the stock engine was that precise anyhow. But that was back then. Today’s world is different. Anything less than perfect timing has never been acceptable in the performance world, and now, it’s not acceptable by auto manufacturers either. The critical importance of valve timing is not lost to them, and variable valve timing coupled with computer-controlled technology means today’s engines, regardless of where they rank in the performance world, rely on perfect timing for drivability, performance and economy.

Engine timing has become so critical for overall performance, that not only does the computer store a trouble code with even the slightest of deviance from programmed parameters, but determining a timing issue has become one of the more recent diagnostic topics, and the use of cylinder pressure transducers coupled with an oscilloscope allows us to interpret cylinder pressure, and by comparison as well as learned knowledge, we can determine without teardown if there is a timing-related issue.

When it comes to engine repair, as auto technicians, in many ways we have it easy because we don’t have to make decisions on what to use and how to install it. We use the correct replacement parts and follow instructions. Of course, we still just line up the marks. As long as we get that correct, the computer will do the rest. But building an engine is a different story, and timing components take no less consideration than any other component. Performance engine builders have to make the choice and have to set it up right. Their reputation is on the line, and the choice comes down to chains, gears, or belts – each one with distinct differences and pros and cons.

Different styles of timing chains have been utilized over the years, including the silent chain and single and double-row roller chains. The silent chain, which is a series of links that are contoured to mesh with the gear teeth, is also known as a link belt, or non-roller chain. It was an effective chain for mass produced engines that weren’t intended for high-performance use, but they build heat and create drag. Over time, they developed a reputation for jumping teeth as they wore, which was in part due to some manufacturers using aluminum gears with nylon teeth because it saved a couple pennies.

The roller chain, which was developed in the ‘60s, was so named because the barrels that contact the teeth on the timing gears are separate components that rotate around the link pins, ultimately reducing friction, meaning less heat and less drag. A double-row version of the roller chain was developed for better valvetrain control on performance engines and was often used on performance or truck engines of the time, lending to their popularity as a performance modification, but in many cases it wasn’t necessary.

“Most modern engines do not require a double-row chain,” says Cale Risinger of Melling. “Double-row sets are not required unless the engine has some very heavy valve spring pressures. Basically, if you are going to do something in the engine such as heavy spring pressures that will make the cam more difficult to rotate, then a double row is recommended, but for 99% of all builds, a single row will be more than adequate.”

The double-roller chain is still a common modification, even when not necessary, perhaps in part due to use on factory performance engines, and an age-old perception of a necessary upgrade that only grew over time. However, one of the reasons the single-row chains were originally utilized is that they didn’t take up much space on the front of an engine block, so it’s always important to keep in mind that a double roller is twice as wide, and you could run into interference issues with a timing cover or engine block.

On some roller chains, the pins and barrels do not actually spin or rotate, but because they are round, they still “roll” over the sprocket teeth as they contact them. The reference to a “true-roller” chain came about to differentiate between the two and weed out the “imitators.”

Most timing chain gear sets are made of cast iron, but billet gears are the most popular upgrade for extreme durability. Some cam gears are machined to accept a Torrington bearing on the rear, which acts a thrust bearing to reduce friction and block wear.

Many chains are accused of stretching, when in reality, it’s wear occurring on the link pins and gear teeth that create the appearance of a chain increasing in length. Oil changes are one of the most important things that can slow down this occurrence. However, it’s going to happen on any chain over time.

No matter how you stack it, chains still rule the street build. They are affordable and they get the job done. The double roller may be more than needed for many applications, but is there ever anything wrong with building it strong?

The benefit of a gear drive is that they achieve a greater timing accuracy by eliminating any chain-related characteristic of flex or “stretch,” but they are also more expensive than chains, and they can be noisy. The noise, however, is often desirable by some hot-rodders, as it emits a supercharger-type sound.

Theoretically, gear drives are stronger and last longer than chains, meaning they can handle all the valve spring pressure you can throw at them. Potential drawbacks include clearance during installation. Often the engine block will require modification and some gear drives require a special cover which could cause interference with engine-mounted accessories.

Another potential for problems is the clearance between gears that must be correct in order for the teeth to mesh properly. Align boring can change the distance between the crank and camshafts, so adjustments may be required at the idler gears.

Also well-known with engine builders is the concern that a gear drive system can transfer harmonics into to the valvetrain, potentially leading to camshaft or valvetrain failure, and some gear drive manufacturers don’t recommend them for high-revving engines for this reason. Much testing has been done in regard to this, but the jury appears to still be out on this argument.

Belt-drive systems are nothing more than a traditional toothed timing belt setup, similar to what we are used to seeing on overhead cam engines. They are the most expensive since they are the most radical departure from a stock cam drive, but they offer a lot of advantages when adapted to a traditional overhead valve V8.

As with most traditional timing belts, they run dry. Cam and crank seals that come as part of the kits keep the oil in the engine and off the belt. The belts don’t stretch and they’re quiet, offering minimal friction compared to chains or gear drives.

They eliminate harmonics from being transferred into the valvetrain, and they are excellent for high-rpm applications. Belt drive systems are the choice of Pro Stock, NASCAR, and many other forms of racing due to their benefits.

The fact that they run dry means it is easy to make cam timing adjustments since the belts are open on the front of the engine, and front-mount distributors are a commonly available option that can be beneficial to racers from both a service and design standpoint.

In standard production engines, timing belts offer the same benefits as they do for performance. They are lightweight, quiet and offer minimal friction compared to chains. Traditionally, we have always known that if engine oil gets on a timing belt, it’s going to cause problems. Replacing the front engine shaft seals is a normal part of a timing belt service.

In recent years, the use of belt-in-oil timing drives has grown. I thought it was awful strange at first due to what I was familiar with, however, these new systems are very specific to the engine oil they require. Not only is the belt material better, but the oil contains special additives that protect the rubber and prevent aging of the belts. As can be expected, the oil change interval becomes even more critical than ever, and if it’s ignored, it can spell trouble.

The advantage of these systems, at least as it is claimed by manufacturers, is reduced friction versus a standard belt of up to 30%. It all goes towards improved fuel economy and reduces emissions. Can it add performance? Well, reduced friction is reduced friction. I’ve heard of systems being available for the small block Chevy, but I’ve yet to find any information on them. Will the high-performance world of engine building see this innovation, or is it already out there in illusive form? I wouldn’t be surprised to see development of these systems in the future – all in the quest for perfect timing. EB